Dr. Minelle Mahtani to leave position as senior advisor to the provost on racialized faculty

COVID-19 at UBC: Move to step two of reopening accompanied by slight increase in cases

The data was released July 16 via the BCCDC’s regional COVID-19 dashboard and is composed of data from June 8 to June 14.

In a brief meeting on June 2, AMS Council approved an MOU between the AMS and the Graduate Student Society to further advocacy and a Commerce Undergraduate Society fee change.

Between the Motions: AMS Council votes to join UCRU, approves new Speaker of Council at May 12 meeting

In the first meeting with the new executives, returning AMS President Cole Evans expressed a desire to continue work on an internally-developed AMS Strategic Plan.

AMS Council ran for over four hours on Wednesday night. Here’s a recap of what you might have missed at the jam-packed meeting.

A team of UBC researchers, led by Professor David Granville, made a chance discovery that may lead to the creation of a drug to defy skin aging.

The province of B.C. has set aside $100,000 for a book that celebrates the achievements of eminent Chinese Canadians.

The recent drop in oil prices in Canada is shaping out to be part of a larger, worldwide trend, but its longterm effects are still uncertain.

UBC has released it's annual report on animal testing.

New research shows that there is a 98 per cent chance that B.C.'s population of Chinook salmon could suffer irreparable losses by 2100.

AMS Events gears up for new term with first-week events, collaborations and contests

In the wake of a new term, the AMS is making strides to offer students diverse opportunities to de-stress and explore their interests.

A team of UBC researchers is launching a specialized telescope from Antarctica to study the expansion of the primordial universe. 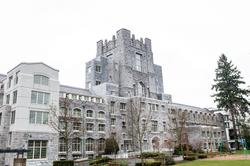 The Vancouver School of Economics Undergraduate Society is on track to become an official AMS constituency by the end of the school year.

UBC astronomy and physics professor Jaymie Matthews recently contributed to the discovery of a new planet light years beyond our solar system.

Checking email too frequently a major cause of stress, study suggests

A UBC psychology study suggests that limiting the number of times you check your email can reduce stress.

The Ponderosa Commons residence complex has been experiencing a series of maintenance and service problems.

The class action lawsuit alleging UBC’s negligence led to the destruction of over 400 men’s sperm has won another victory towards proving UBC liable.

Carrie Jenkins and Jonathan Ichikawa have become the targets of threatened litigation from prominent philosopher Brian Leiter over a recent blog post. 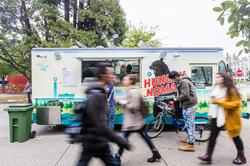 Recent food safety inspections showed that while the majority of restaurants and cafes at UBC meet careful food safety standards, there have also been one shutdown and several violations in 2014.