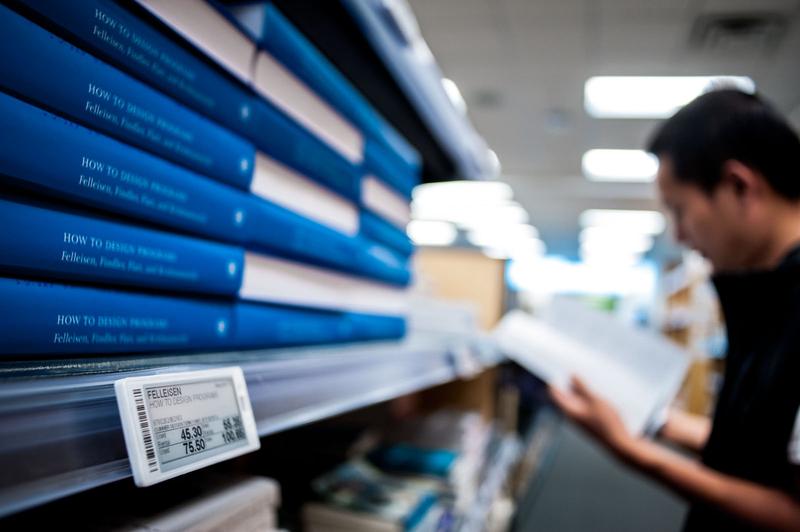 Unlike the traditional texts seen above, open textbooks are materials for post-secondary courses that can be tailored by anyone thanks to a creative commons license. photo Kosta Prodanovic / The Ubyssey

BCcampus, an organization that facilitates the use of open textbooks at institutions such as UBC, has received a $525,000 grant to expand its operations.

Open textbooks are online books for post-secondary courses that can be tailored to suit specific classes, made possible by a creative commons license. This reduces the cost of textbooks by making them open-source. Currently, 19 public post-secondary institutions are working with BCcampus toward the adoption of open textbooks.

“What we really want to do is build capacity and sustainability in the institutions to be able to adopt more open practices,” said Amanda Coolidge, senior manager of Open Education at BCcampus. “We’re going to be doing a series of workshops to work with faculty and institutional support staff on how to adopt and adapt open textbooks, but also how to support open education within an institution.”

Although BCcampus is primarily funded by the BC Ministry of Advanced Education, they got the grant through an application for external funding.

Over the course of this term, enthusiasm for open textbooks has been picking up in many places. Awareness for the adoption and use of open textbooks was raised during the #textbookbrokeBC campaign. Jenna Omassi, AMS VP academic and university affairs, felt the campaign was a success in terms of engaging students, which she said is the most difficult part.

“Engaging students is very difficult. But if you start with the issue of cost and textbook prices and then move your way on to other benefits like pedagogically benefits and open sourced learning more generally, then you’re introducing students into a [larger] conversation,” said Omass

Omassi hopes to see the campaign continued and also brought to the UBC Okanagan campus.

However, not everyone is on board with the idea of open educational resources. A blog post by English Professor Robin DeRosa at Plymouth State University entitled “Open Textbooks? Ugh” sparked debate in the comment section about the benefits of open resources. Some voiced concerns about the over-emphasis on cost — rather than openness and accessibility of ideas — that open textbooks has presented so far.

“In terms of why people aren’t using it, there’s a few things. Sometimes, it’s because it’s a department decision for a faculty to adopt an open textbook so everyone has to decide to use that textbook,” said Coolidge. “There seems to be this concern that because it’s open — being that anyone can go in and change the material or customize it — that it lacks a certain quality.”

However, Coolidge emphasizes that all material inserted into textbooks is vetted for quality, as any textbook would be.

For their part, the AMS intends to continue working with BCcampus to bring more open-source textbooks to UBC.