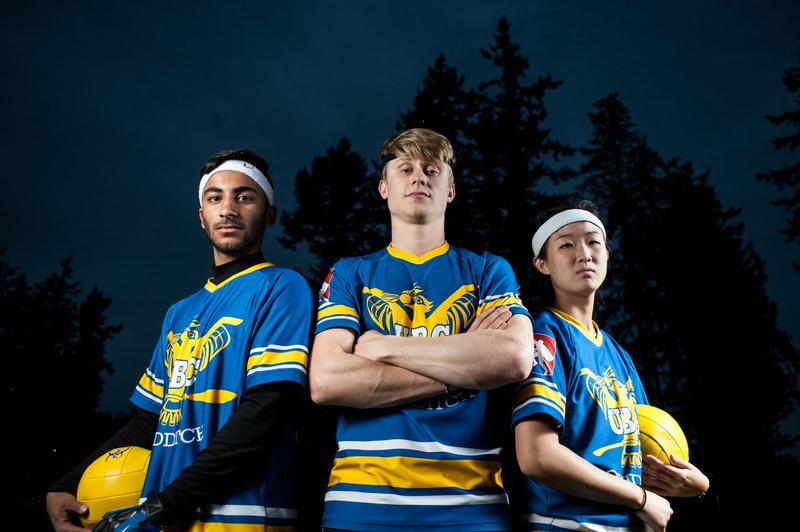 The football team got a photo shoot, why shouldn't quidditch? Photos Kosta Prodanovic / The Ubyssey

Last year, the UBC Quidditch team finally achieved a goal that it had been gunning for since its inception in 2010 — They made it to the Quidditch World Cup in South Carolina.

With third position in the Northwest division and ranked first in their region, the UBC Quidditch team snagged a spot amongst 80 teams beating a sizeable amount of American teams for it. They went on to represent UBC and the rest of Canada for the first time at the World Cup. Western Washington, UBC's regional rivals across the border, was the only other team from the Northwest that competed in the World Cup.

This was a considerable achievement for them considering that only five years ago they were still a fledgling team struggling to achieve recognition within the UBC community. Only a few people showed up to practice and hoops were duct taped to the ground. Now they are about 70 members strong with two competitive playing teams striving for international and regional prominence.

The team does not play in the Canadian Quidditch League though mostly because of a need for exposure and a lack of strong competition in Western Canada. Instead, they choose to play in the US Quidditch league (USQ).  There are a few teams in Alberta, the University of Victoria and Simon Fraser University that compete in Western Canada, but UBC “routinely squashes them” according to this year’s Quidditch Club President Elizabeth Benoy.

“In American Quidditch, there are four other teams that are right across the border. We decided it would benefit us in terms of our understanding of Quidditch and playing style to play with American Quidditch [teams],” said Brandon Rivas, the beater captain for the A-team roster.

Benoy said that the team is “arguably the best” in Canada. This is arguable because a sanguinary decider match between the UBC and McGill teams ended in a tie. The Canadian nationals were happening in Burnaby and both teams, eager to show off their skills, organized an exhibition match to see who was the best once and for all.

“Both us and McGill really wanted that title of ‘best team.’ We were willing to do anything for it,” said Rivas. “A nice friendly match was the intention but it got physical really quick so we called it.”

Many people would scoff at the thought of playing J.K. Rowling’s made-up sport from a fictional book series featuring Triwizard tournaments, wizard duelling and a Hungarian Horntail dragon. In fact, watching several twenty-something year olds run around in the rain with broomsticks tucked in between their legs would make anyone pause. But after watching a little longer and seeing the fierce tackles, heavy body checks and dodgeballs received squarely in the face, one would realize that it is a full-contact sport that requires just as much exertion as traditional sports.

Quidditch is the wizarding-child of basketball, flag football and dodgeball. It's a full contact co-ed sport — possibly the only one in existence.

Not only that, the team also prides itself on its sense of community and inclusiveness.

“Quidditch itself is a co-ed sport and it is inclusive of all genders. There are strict policies in the rule book that insure that everyone is included. No one gets discriminated or left out so we really work to support that,” said Benoy. 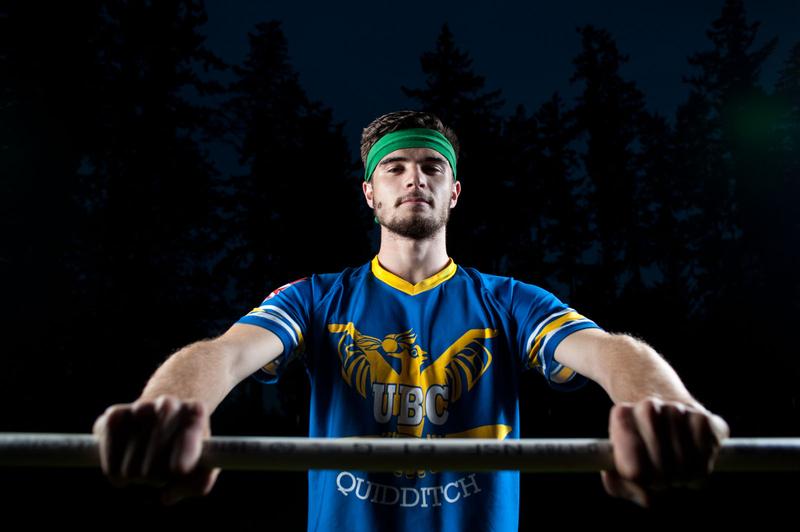 The World Cup was in South Carolina on the East Coast being very much out of the way. Between the plane tickets for the A-team roster and accommodations, their overhead price came to about $11,000. Apart from their inability to get a consistent and inexpensive field to practice on at UBC, this was probably the biggest problem the team faced last year.

Rivas offered up the styling of his beard for their World Cup Indiegogo campaign in that he had to sport a pinkish-red beard for the entire competition. Many of the players also offered themselves up on dates — enough evidence that this was a dream that they all wanted to see achieved. They ended up raising $2,325, about 22 per cent of their total cost. Their trip was also subsidized by an AMS grant of $3,000. While this was not enough to completely fund their trip, the team was eventually able to pay their way to the World Cup.

Now with enough collegiate and international recognition, the team has another goal in their sights — to achieve competitive club status.

“Competitive clubs at UBC get funding from the AMS and also get access to the varsity gyms. And for us, it’s really important because we're really trying to promote a strong sense of athleticism in the club," said Benoy.

The problem is that, in the past, the Quidditch Club was not considered sustainable in the eyes of the competitive club committee. They didn’t have enough turnover of leadership which meant that a poor leader in the future could lead to a floundering club or, even worse, a failed one. Of course there was also the issue that Quidditch was a sport that hadn’t developed enough yet.

The club’s recent success both in BC and abroad might have changed that perception not just for the competitive club committee, but also for the UBC campus as a whole.

"This year is really about proving ourselves because we’ve changed captains completely and so my co-captain Cameron [Cutler] and myself are really going to try to show people what we’re worth,” said Rivas.

“Since then we’ve really developed as a club. We’ve had turnover of leadership and we think that we're a strong candidate for competitive club status,” said Benoy who is also a chaser for the team.

Every year, everyone that is interested in being on any of the teams tries out for positions that they are interested in. They also have practices throughout the year on Thursdays at 5:30 p.m. and Sundays at 12:30 p.m. for two and a half hours each. They aren’t open practices so it is best to get a $20 membership. Benoy says that the first step to getting involved with the club is to first like their Facebook page. She assures me that this isn’t a “promo thing,” but rather a way to keep up with latest news and practice times for the teams.

Talking about how to run a sustainable competitive club, Benoy thinks that the "passion from the members” is really what keeps clubs afloat.

“If they’re really into it, they’re just going to keep coming back.”

Although not an age-old organization decorated with several trophies or even bestowed with varsity status, the UBC Quidditch team is still gearing up for the new season like any of the others.

“[There's] more competition, more games. We travel all around the states, we're just hoping to really develop our club and become the strongest team in Canada,” said Benoy. 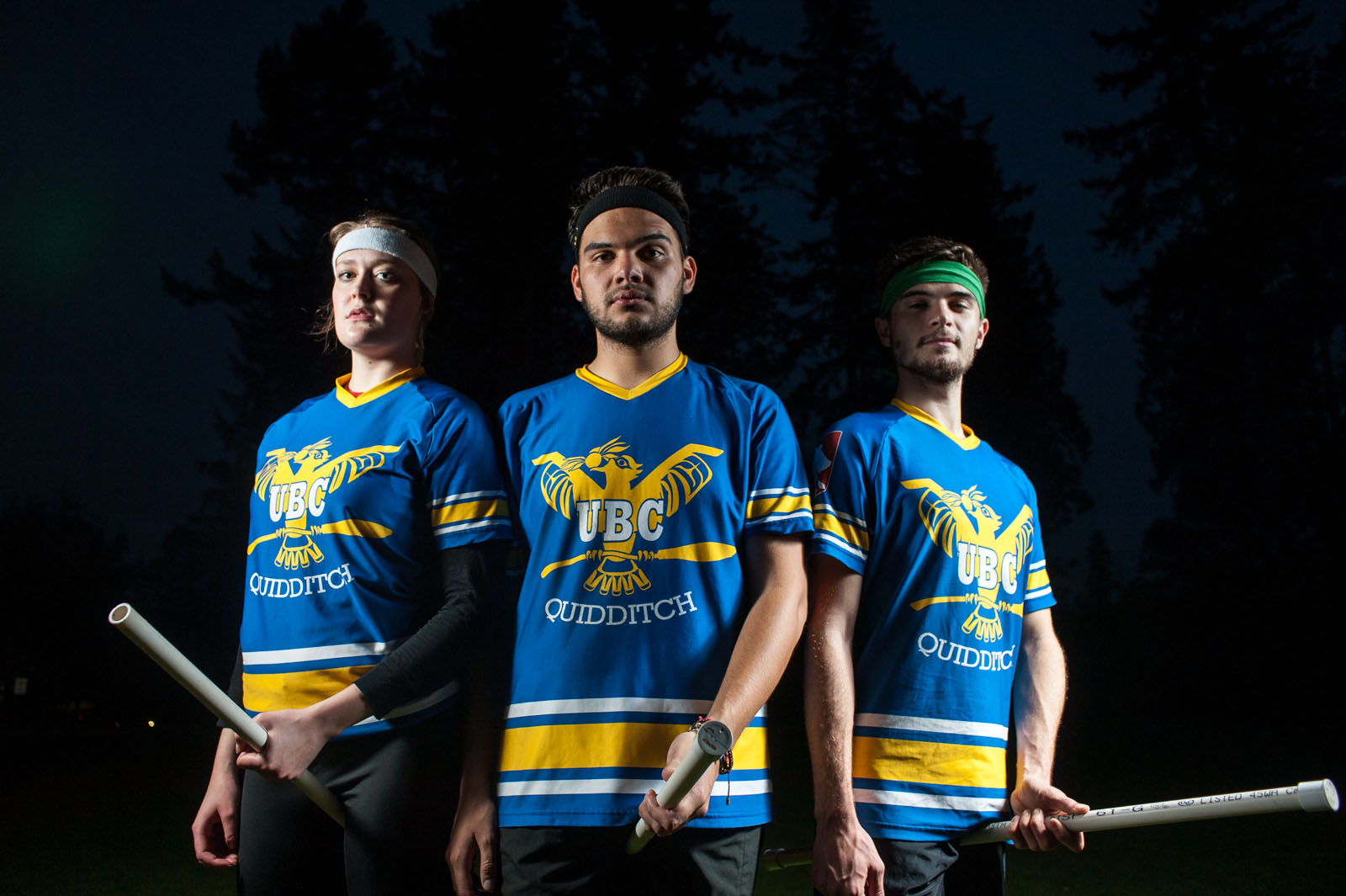