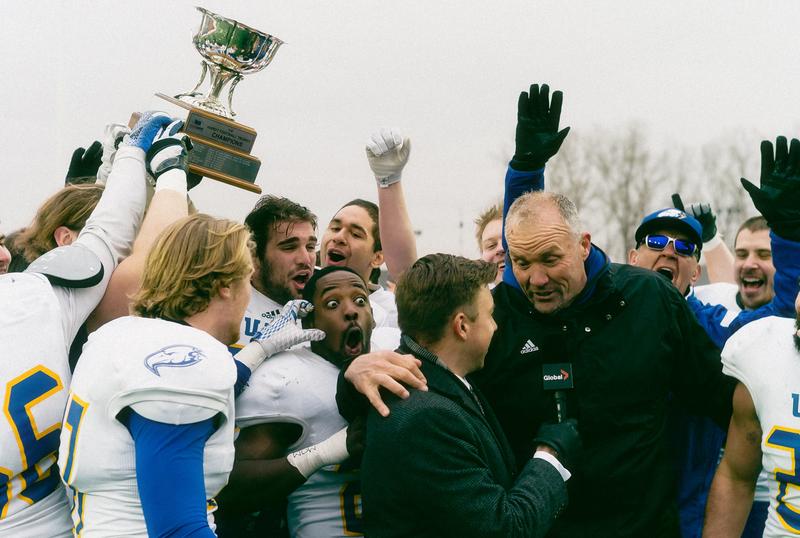 Coming off of a win against the Manitoba Bisons in the Canada West semifinal, UBC football earned a stunning 34-26 victory against the undefeated, number-one ranked Calgary Dinos to hoist the 79th Hardy Cup.

The T-Birds opened the scoring right at the kickoff with a rouge by kicker Quinn van Gylswyck. On their next possession, UBC scored a field goal to take a 4-0 lead early in the game.

The Dinos had a sloppy start as they picked up four penalties on their first possession. Still, Calgary erased UBC’s lead midway in the first quarter when star quarterback Andrew Buckley made an 81-yard pass to receiver Rashaun Simonese that set the team up for a touchdown.

The Thunderbirds then regained their four-point lead as tailback Marcus Davis scored a touchdown on a 12-yard reception from quarterback Michael O’Connor. Receiver William Watson caught two receptions for 42 yards on the drive. He finished the game with an impressive 130 receiving yards.

In the second quarter, Calgary narrowed UBC’s lead to 11-10 with a field goal. On the next kickoff, receiver Trivel Pinto returned the ball 61 yards before Davis got his second touchdown of the game on a 33-yard reception from O’Connor.

On UBC’s next possession, O’Connor completed a 70-yard pass to Canada West all-star receiver Alex Morrison to bring the T-Birds to the Dinos’ 15-yard line. Trevor Casey then came in as quarterback and scored a touchdown for the T-Birds on a two-yard run to give UBC a 25-10 lead.

Near the end of the second quarter, the Dinos scored a touchdown to narrow the score to 25-17. The T-Birds then finished the first half with a field goal after gaining 35 yards on three Calgary penalties.

The third quarter saw no scoring by either team until Calgary got a single point with 2:33 left on the clock. Van Gylswyck got a field goal for the T-Birds in the final seconds of the quarter as UBC led 31-18 by the end of the third.

The fourth quarter was a stalemate again until Calgary got a touchdown with 2:16 remaining. On the ensuing kickoff, the Dinos picked up another rouge to narrow the gap to 31-26.

With the four-point difference, intensity peaked during the final two minutes of gameplay as both teams anxiously fought to come out on top. The Dinos had a chance to take the lead after gaining possession on a T-Birds punt, but it quickly vanished as they fumbled the ball. UBC then scored a field goal to secure the 34-26 win. 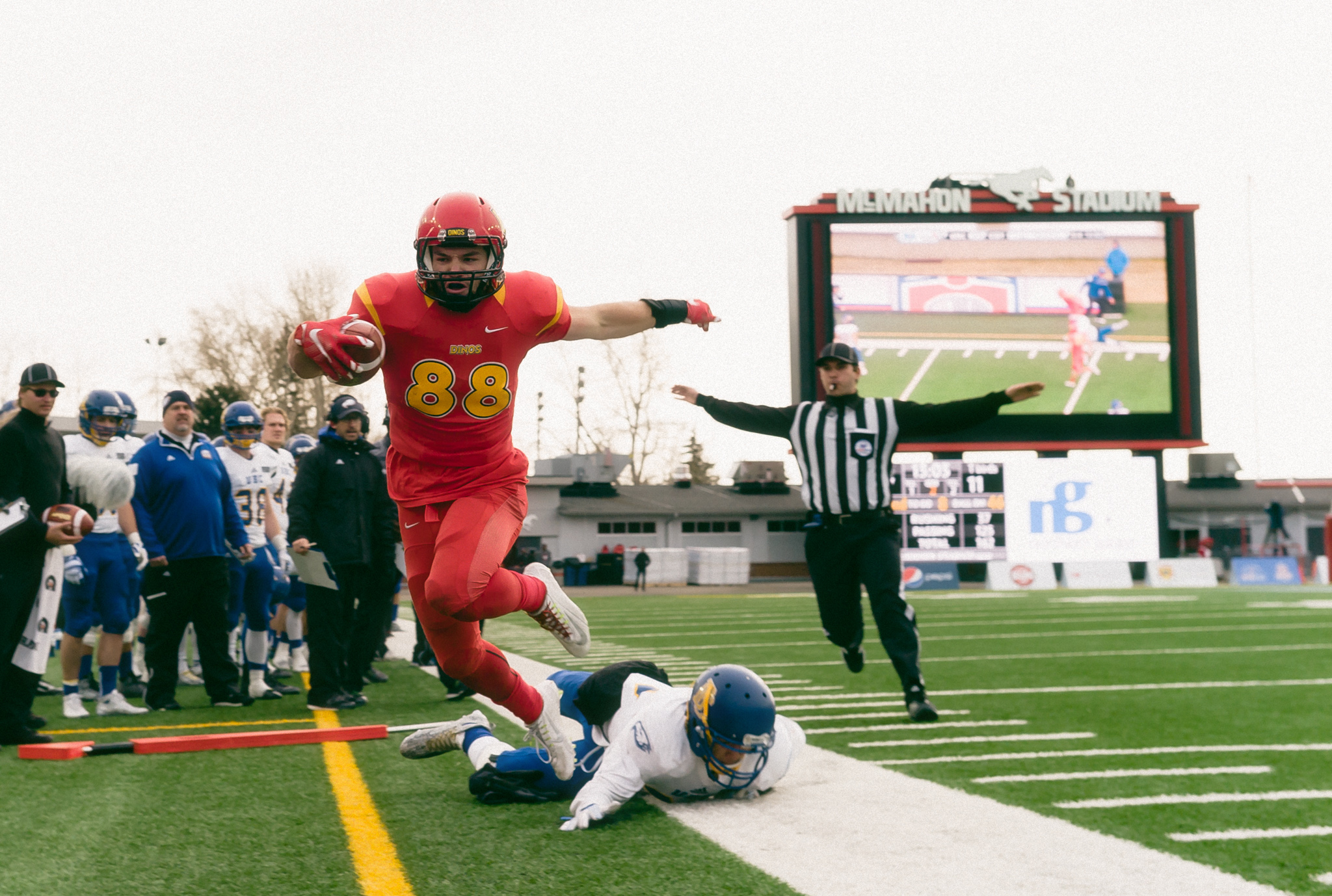 UBC’s victory against Calgary is the team’s 16th Hardy Cup and the first one since 1997. The Thunderbirds now advance to the U-Teck Bowl to take on the St. Francis Xavier X-Men.

“My heart goes out to them because they’re the top team in the country and on this one day, things just didn’t work out for them. It’s tough in football that way,” UBC head coach Blake Nill said of the Dinos. "You look at these kids and what it means to them, it’s worth it.”

“We knew we’d have to play the best game possible and we played a really hard-fought game,” said O’Connor.