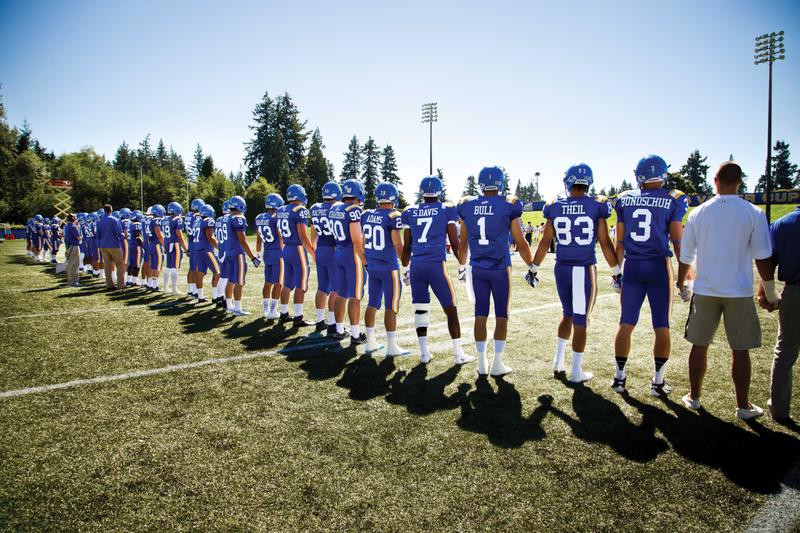 After an impressive 41-16 victory against Laval in an exhibition game, UBC football will be taking on the Calgary Dinos in their first regular season game of 2015.

For Thunderbirds head coach Blake Nill, the upcoming game will also mark his first time playing against the team that he spent the last nine seasons coaching.

According to Nill, the next game will bring about sentimental feelings from his time at Calgary but he is focused on the task at had: taking the performance of the Thunderbirds to a new level.

“It’s going to be fairly emotional…. We did a lot of good things when we were at Calgary. Now we've got to focus on doing good things here at UBC,” said Nill.

Nill expects the game against the Dinos to be a challenging one for the Thunderbirds. Last season, the UBC lost both games by lopsided scores of 59-11 and 67-6. UBC finished the season with a 2-6 record, earning them a last place spot in the Canada West Conference, while rivals Calgary finished 6-2 and finished first in the conference. UBC has not won a game against Calgary since 2011.

“It’s going to be a very intense game … but I think it’s good for Canadian football to have this kind of rivalry and this kind of game scenario. So we’re looking forward to it,” said Nill.

Despite having coached the Dinos for the last nine years, Nill does not view his knowledge of UBC’s opponent an advantage to the Thunderbirds in the next game.

“We both know each other well, so don’t think it’s a big advantage because I know them, they know me,” said Nill.

Still, he believes that UBC’s previous win against Laval has already demonstrated the talent and potential of the team.

During Nill’s time with Calgary, the Dinos were a consistently effective team in the Canada West Conference. The team successfully made three Vanier Cup appearances in 2009, 2010 and 2013 and saw 23 players drafted to the CFL since 2007. Nill resigned as head coach of the Dinos shortly after the team’s loss to Manitoba in last year’s Hardy Cup. Thunderbirds football then named him as the new head coach after dismissing Shawn Olson.