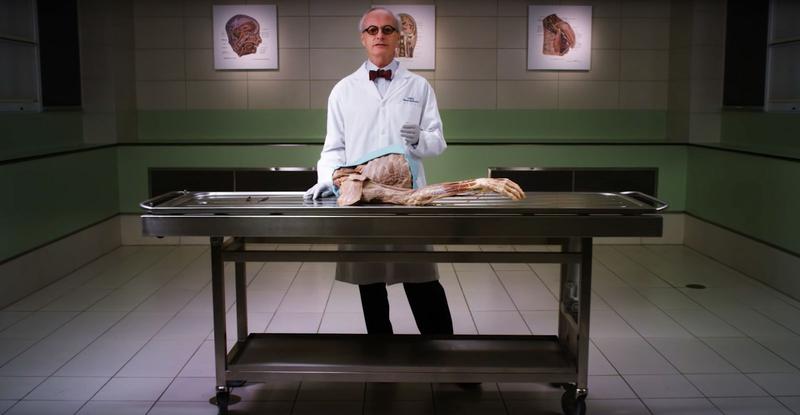 The camera slowly pans around the violinist as classical music fills the air and artistic lens flares paint circles on the lens. That’s how a UBC medical school video meant to teach viewers about the brachial plexus, a network of nerves at the base of your neck starts.

Seriously, I’m not kidding. Watch it. Then watch the rest of the series.

“We really didn’t like the educational videos other universities put out because they weren’t very exciting, they were a little bit boring sometimes,” said Claudia Krebs, a professor of teaching at UBC’s faculty of medicine. "We wanted to do something that would really capture the viewers attention and imagination and get them engaged with the subject matter. We weren’t really inspired by university videos, but more by the BBC mini documentaries."

Krebs, who has been watching her students struggle with neuroanatomy concepts and “literally leave the classroom in tears,” teamed up with MedIT's (the med school’s IT department) video producer Zachary Rothman to produce a series of not boring but still education videos about anatomy for struggling UBC med student.

The duo also brought in med school prof Wayne Vogl who UBC called “nerd-chic” in a press release (seriously, I’m not making this up) and who Krebs called "one of the best, if not the best anatomists in the world right now” to help host the video.

They (the students) seem a little bit more relaxed — that may be too strong of a word. They aren’t crying anymore.

The videos feature Vogl and/or Krebs lecturing in front of intricate chalk drawings of neuroanatomy that would look more at home in Belkin than in front of various preserved body parts in a med school lab, inter-cut with scenes like a violinist playing classical music or Vogl eating chocolate in what can only be described as a sultry manner.

Vogl said the videos, and his style of teaching, “tell stories. Once the student understands the basic concept of what you are trying to do, the details, they can fill in on their own. They can read books as well as I can.” Krebs and Vogl both cite David Suzuki and BBC documentaries as inspiration for the videos.

This one features a Monty Python-esque cartoon.

While the videos are being used to teach in medical classes at UBC and med schools around the world, they are also presented in a way that everyday people can watch and enjoy, according to Vogl.

But the videos are more than just a fun new way to teach an old, difficult and somewhat dry (read: boring) concept.

“When we implemented it, our exams scores went up significantly. We were able to shift the bell curve in a significant way,” said Krebs. "They are not as stressed about the material anymore. They seem a little bit more relaxed — that may be too strong of a word. They aren’t crying anymore. I’ve literally had people leave the classroom in tears before we did this. That hasn’t happened [using the videos]."

Krebs said she even got an email from a student in Texas who wrote that “these videos alone make me want to move to Canada.”

Krebs is writing up the success of the videos for publication in an academic journal and hopes to produce more videos in the near future.