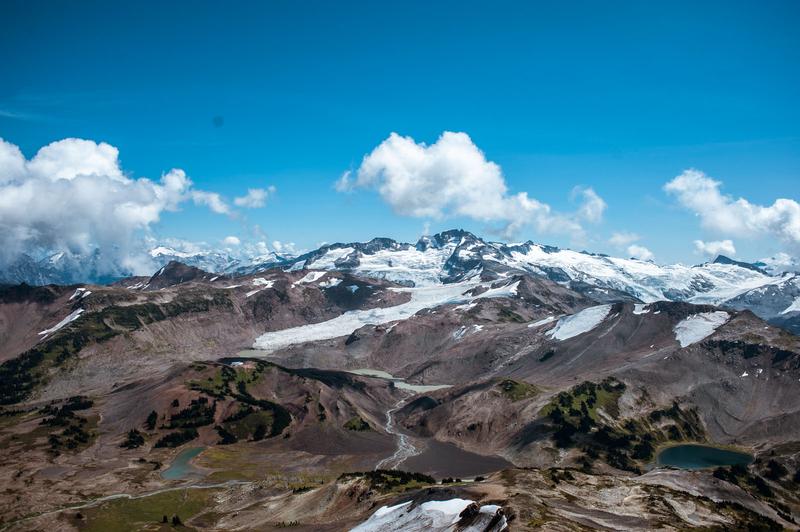 Not only does a changing climate have an impact on weather, oceans and air quality, but new research shows it also has an effect on our planet’s topography.

In a recent study published in the Nature, UBC researcher Michele Koppes and her team compared glaciers in Northern Patagonia and in the Western Antarctic Peninsula. Not only did they examine the rate of glacial erosion, but they also aimed to understand the factors affecting the erosion rate. As these glaciers erode, they carve valleys into mountain ranges and shed sediment into oceans.

“What we said was, 'Okay, let’s go to places where the tectonic conditions are the same, but the climate is different and see how quickly they are eroding today.' This would give us a proxy for the rate of change that the glaciers shaped the mountains in the past,” explained Koppes, an assistant professor in the department of geography.

To study the factors that effect glacial movement, the researchers analyzed sediment that the glaciers deposit into fjords and lakes at their lower boundary and were able to determine the accumulation rate over the past 100 years.

The researchers found that Northern glaciers, in warmer Patagonia, eroded faster than those in the colder south. The glaciers in Patagonia are considered temperate glaciers with an ice temperature of 0°C. At warmer air temperatures, temperate glaciers will melt at their surface and the water will filter to their base, assisting with movement and erosion. On the other end of the spectrum are the polar glaciers on the Antarctic Peninsula that have much less melted water at their base and also ice temperatures below 0°C.

“As temperatures get above 0°C and the snow and ice on the surface of the glacier melts, that water percolates through [temperate glaciers] and comes out the bottom and does some work to erode the bed and help the glacier to move … Temperate glaciers will melt faster and move faster.”

Although the Northern glaciers in Patagonia are wearing away quicker, we’re starting to see more erosion to the South too.

“[Antarctic Peninsula glaciers] will be eroding faster and they’ll be flowing faster too. We’ve already seen, over the past decade, that some of these glaciers are starting to retreat and they’re starting to speed up, but we can expect a lot more of that.”

Climate change and associated glacial erosion puts polar regions at risk. An increase in sediment flowing from glaciers into surrounding lakes and oceans can have harmful effects on the environment.

“There is a 1,000 fold increase in the amount of sediment that’s coming out of the glaciers when air temperature is close to 0°C. In the Canadian Arctic and in the Antarctic, we’re now seeing some of the most rapid warming in the word. Glaciers are cold today, but they’re getting close to that tipping point. When that happens, that’s going to change the regime of the oceans around them … and that’s going to change the aquatic habitat.”

The research also settles a scientific debate about when glaciers have their biggest impact on shaping landscape. Previously, it was suggested that glaciers were most erosive at peak ice coverage, but the research shows that it is, in fact, at the ends of glaciation cycles when glaciers shape the environment the most.