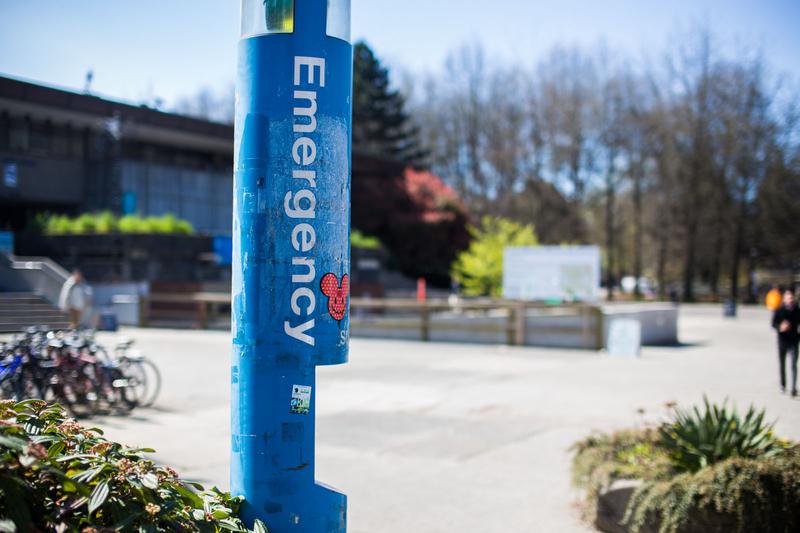 Since it operates as a business, it is entirely understandable why the university would choose to silence survivors of sexual assault in the interest of preserving their brand, securing profit and attracting the support of stakeholders. Of course, it is not as though the UBC administration directly benefits from rape culture on campus or that individual persons pursue this process with the intention of re-victimizing survivors of sexual assault. But instead, a neoliberal sentiment that one must protect oneself (read: their job), thereby protects the institution.

Consistent failures to adequately address rape culture on campus on behalf of the university reveal a system that is working almost seamlessly to ensure that the flow of capital is not disrupted and the university’s reputation remain unmarked. Only after public shaming does the university take "action." But is it not public embarrassment that deters UBC from publicly naming rape culture, publishing statistics or simply acknowledging that rape happens on campus. As The New York Times reported, to one in four women will experience sexual assault during their time at university. Isn’t it the risk that stakeholders, prospective students and other sources of profit may reconsider their relationship to UBC if they knew that rape happens here? It is apparent that the six figure incomes of faculty and administration are considered more important than the safety of women on campus and the right of survivors to receive justice.

It is quite obvious that there is no acceptable way to address rape culture on campus that both benefits women on campus and protects the institution.

In April 2015, several women from the UBC Women’s Centre organized a sit-in demonstration in then-President Arvind Gupta’s office, demanding that the university acknowledge that rape happens here. Providing a list of demands to the university, we were met with consideration — the response appeared to be sympathetic. Despite a history of complicity in the silencing of sexual assault on campus, we were optimistic.

I can safely say, after this process of working with UBC administration, addressing sexual assault on campus is not of high priority to them. It may appear so with working groups, dozens of meetings and emoji consent campaigns, but there is very little action. In our experience working with UBC, there was significant concern and legitimate sentiment to do what was necessary to support survivors from each of the participants. But ultimately, a clear plan of action was never developed. Working meetings as well as drawing individuals from various perspectives and levels of expertise failed to address the completely inadequate response that continues to characterize UBC’s relationship to rape culture. Talk about the reduction of bushes and greenery or the implementation of further lighting on Main Mall filled the conversation, leaving very little time to address the development of a sexual assault policy that expels perpetrators and supports survivors. Nevertheless, these meetings were successful in propagating an image of concern and tending to the egos of those dedicating their morning to the discussion.

It is quite obvious that there is no acceptable way to address rape culture on campus that both benefits women on campus and protects the institution. As discussions remained shallow and often explanatory, UBC was more inclined to toss money our way. As one of our demands, we requested a budget to begin a peer-led support groups for women on campus, which was — unsurprisingly — the only demand addressed directly. UBC, in the style of most Western capitalist institutions, threw money (crumbs) at the problem and, as I suspect, hoped it would disappear — or maybe that we would graduate and move on.

The lack of institutional memory for students coming in and out of the system ensures that persistent and unmoving pressure from students be diffused. Those with institutional memory – faculty and staff — are often collaborators in service to the institution. Those faculty and staff who see the injustice and speak out against sexual assault on campus receive immense pressure to also stay silent. Within these confines of possibilities available for both students and faculty, an adequate sexual assault policy will never be developed. In doing so, the university names an epidemic and risks both their reputation and profit.

It is imperative that students demand a sexual assault policy. There can be no justice for women when there is a system designed to confuse and deter them from reporting and subsequently not believing them when a report is made. The university’s system of abandonment requires that students remain distrustful, disillusioned, distracted and apolitical — thus rendered ineffective and nonthreatening to the university. Survivors are doubly victimized, first by the perpetrator of sexual violence and secondly by the bureaucratic system that consciously fails them.

If you are interested in organizing an action against the university and strategizing with women on campus, please email ubcwomenscentre@gmail.com or drop by to talk at room 2113 in the Nest.