We must protect the rights of those with whom we disagree 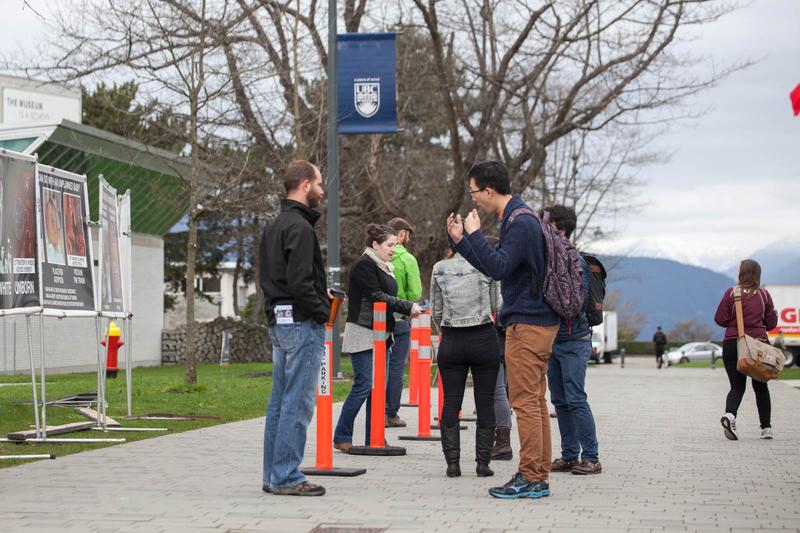 It is important not to limit free speech on campus, whether it be hardcore right-wing anti-abortion activists or communistic guaranteed basic annual income activists. One of the major reasons to come to such a large, diverse institution is to challenge your current beliefs, not to make a safe bubble where you are sheltered from all thought except left-wing thought.

Logically, the abortion argument the protesters are making makes sense. Though I believe abortion is a net benefit, the protesters believe that life begins at conception. So, rationally, they can compare abortion to murder. Most people have a line they have drawn and each seems as arbitrary as the last — some people say when the child is born is the only time, others say when there is a heartbeat it's too late and others yet say when there is a 50 per cent chance of survival outside of the host mother, that is when abortion becomes unacceptable. It is not hard to stretch this reasoning and pull it back to conception, the first place where potential for child arises. To the protesters, this is no different than passing a law telling people that killing anyone below age two is acceptable by simply declaring it a ninth-trimester abortion.

But all this points back to a major issue on campuses all around North America. That although there is a semblance of openness and inclusiveness on campus, that it doesn't extend to people on the right side of the political spectrum, socially or fiscally. Talks on campus deemed misogynistic, racist or any other -ism or -ist are quashed before they can get off the ground. Conservatives do not feel welcome in academia, especially on the north side of campus. When we talk about free speech, we are not talking about speech we already like. Justin Trudeau coming on campus doesn't need protecting, feminist speakers don't need protecting — their speech is popular. Though I disagree vehemently with racists, sexists and anti-abortion protesters, it is very important to have them be free to voice their terrible opinions at a place like UBC if we want to pretend to be a free open democratic society in any way.