Stuart Belkin appointed to UBC Board of Governors 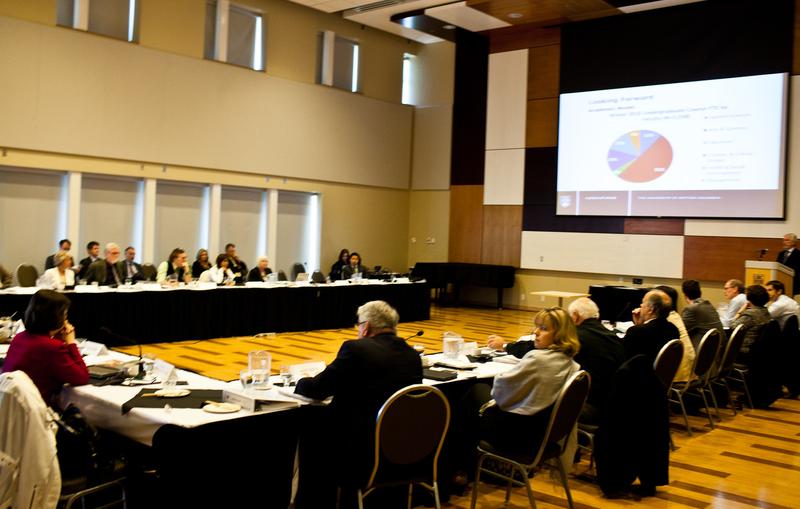 Stuart Belkin will be joining UBC’s Board of Governors. photo Kosta Prodanovic / The Ubyssey

The BC provincial government has appointed Stuart Belkin to fill the empty space on UBC’s Board of Governors.

The space was created when John Montalbano resigned his post as chair and member of the Board in November, following accusations that he infringed upon the academic freedom of Sauder Professor Jennifer Berdahl earlier this year.

Belkin’s term will end in December 2016.

“University board members step forward, without remuneration, to volunteer their time, expertise and commitment. Board appointments are based on merit," wrote Minister of Advanced Education Andrew Wilkinson in an email statement to The Ubyssey.

"Stuart Belkin was approached to serve because of his proven ability to manage large, complex projects with multiple stakeholders. Mr. Belkin brings leadership and senior corporate experience to the UBC board of governors,” read the statement.

Belkin has been chairman and CEO of the Belkorp Group for several decades — Belkorp Industries was originally a packaging company but has since has grown into an investment enterprise. The Belkin family’s collective worth is estimated to be some $900 million.

As with other government appointments to the Board, the Belkorp company — of which Belkin has been presiding over — has given significant amounts of money to the BC Liberal party for many years.

Screenshot via Elections BC

This article was updated on December 1 at 12:08pm with comment from the Minister of Advanced Education.