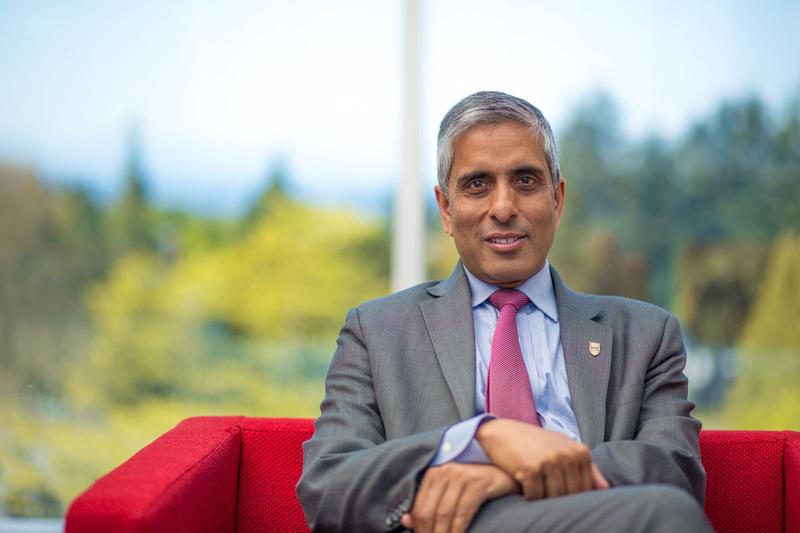 Animosity at the highest levels of UBC governance appears to be the reason why former president Gupta quit his position. photo Cherihan Hassun / The Ubyssey

Reddit has cracked the case about why former President Arvind Gupta resigned, discovering a number of documents accidentally included in the release package that contain no redactions, unlike their heavily redacted counterpoint. From these, it becomes clear that the issue which caused Gupta's resignation was ultimately a crisis in leadership.

"It has been brought to our attention that some information relating to the resignation of former UBC president Dr. Arvind Gupta that was redacted under the Freedom of Information and Protection of Privacy Act has been made public," wrote Philip Steenkamp, VP of external relations and Hubert Lai of the university counsel in an emailed statement. "UBC deeply regrets that this privacy breach has occurred and we will immediately launch an independent investigation into how the material became public. UBC will not be commenting on the substance of the information as we must respect B.C. privacy laws."

Emails between former Board of Governors chair John Montalbano and Gupta indicate that confidential meetings were taking place as far back as March, which appeared to be a month rife with tensions at the highest levels of UBC governance. Such animosity appears to have preceded Gupta's notorious surprise resignation.

“The Board has noted that your first year as leader of the University of British Columbia has been an unsettled one,” read a note on May 24, 2015 from John Montalbano to Arvind Gupta in the form of notes of a meeting on May 18th, 2015. “Relationships with key stakeholder groups, notably your senior executive, the Faculty Deans and the Board of Governors are not at functional levels to allow you to move forward in a confident manner — unusual even for an organization undergoing strategic shifts in vision and key personnel.”

On March 5, in an email from Gupta to Montalbano, Gupta wrote, “Tonight we’re all hands on deck on a sensitive issue that breaks tomorrow. We found out this morning and have been going flat out. Unfortunately, it will be messy no matter how I look at it.”

After Montalbano responds that he should give some advance warning regarding what he would like to discuss, Gupta replies, “It’s tough love, but in the end it’ll be better.”

While none of these exchanges point to an altogether breakdown in leadership and could simply be read as snappy exchanges between colleagues, another secret meeting was scheduled with Montalbano and others with the intent of working “together to get things back on track.”

The notes produced from this meeting relay what preceded Gupta's resignation. Montablano sent Gupta a six-page document that critiques virtually every aspect of his leadership imaginable.

“Because there is a low level of trust among those that work most closely with you, morale is low,” reads page two of the document.

“The role of a leader is to build collegiality and collaboration across the organization. This is particularly crucial during a time of change. Ironically, the very people most fearful of change are the ones who would value contributing to it most,” reads page three.

“We are deeply concerned that your office is not providing you with the information that you need on a trusted and timely basis,” notes the same page three, not making clear who “we” is in this instance, although most likely this is a reference to the Board.

Other issues range from inaptitude to communicate change or strategic vision, treating the Board as a distraction and a lack of faith that the former president was aware of the scope of his own accountability.

These cracks appear to have been met with an non-transparent board response, hosting in-camera and off-the-books meetings in locations off-campus that ultimately precipitated to one fateful meeting to “deal with any issues or matters that may be related to the resignation by Professor Arvind Gupta of his appointment as President of the University of British Columbia.”