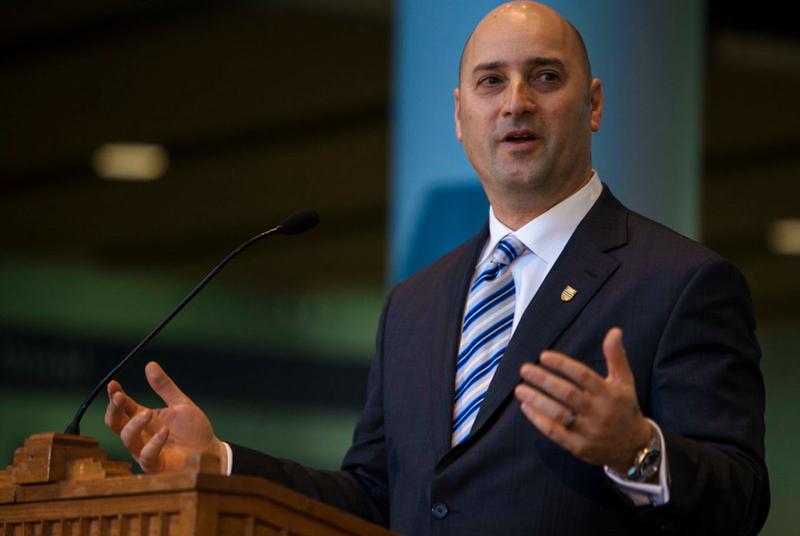 The report found Montablano not guilty of infringing academic freedoms but UBC has a whole was the issue - now the FA is voicing their disappointment. photo Geoff Lister / The Ubyssey

Yesterday's press conference saw Martha Piper, Doug Mitchell, Susan Danard and Angela Redish seated at a table answering questions about the fact-finding process that looked into the allegations levelled at former Board of Governors chair John Montalbano over the summer.

Justice Lynn Smith conducted an investigation into whether Montalbano infringed the academic freedom of tenured Sauder Professor Jennifer Berdahl when he called Berdahl at home to express concern over a blog post that she had written in regards to the departure of Arvind Gupta.

Neither Montablano nor Smith were present at the press conference.

According to the report, "No individual in the Sauder School of Business identified by the Faculty Association, on his or her own, infringed any provision of the Collective Agreement” regarding academic freedom.

Now, the Faculty Association (FA) has officially stated their disappointment with UBC's statements at the press conference which an open letter by the FA says were not consistent with the report.

"In keeping with the language of the Collective Agreement, the terms of reference established a fact-finding process to investigate whether Dr. Berdahl’s academic freedom was 'interfered with in any way.' The investigation concluded that it was," read the letter. "The university, however, repeatedly stated that Dr. Berdahl’s academic freedom was not infringed. This communication is not entirely consistent with the Summary Report."

When asked how the report could say that UBC as a whole is to blame but no one will be held accountable, interim president Martha Piper said "it is subtle and it is a little difficult to immediately comprehend the difference between infringement and our obligation to protect and support," but went on to say the best way to describe it was that individuals at fault did not do certain things as oppose to actively infringing.

Moreover, the FA's statement said that "UBC has not yet acknowledged either the effects on Professor Berdahl nor the fact that she reasonably felt silenced."

A second report was also conducted and found that Montalbano acted in good faith and that "based on the findings of those two reports, the UBC Board of Governors has asked that [Montalbano] resume [his] duties as Chair," according to a statement released by Montablano yesterday.

Despite this offer, Montablano has officially resigned his position as board chair, leaving behind an administration with a very new VP Finance, a newly hired VP communications who has still to arrive at UBC, an interim provost, interim president and now — interim Board of Governors chair.