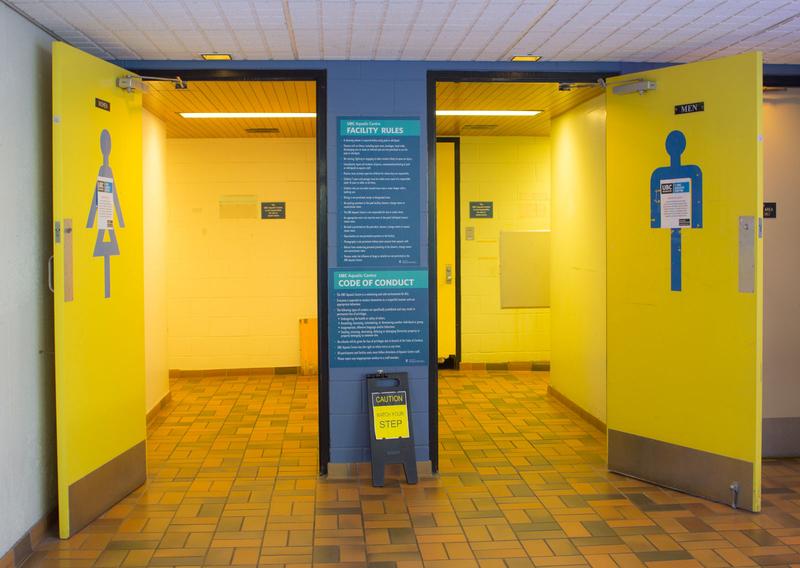 The UBC Aquatic Centre and the UBC Equity and Inclusion Office have released a survey on change room signage in the new aquatic centre. The centre, set to open in January 2017, will have a universal change room in addition to both male and female change rooms.

According to the survey, the universal change room is meant to be an area that all genders can access, and will include an open space with private change rooms, shower stalls and private accessible washrooms with change tables.

The goal of the survey and the subsequent implementation of new signage is “to ensure the Centre is welcoming, respectful and inclusive to all its patrons,” according to the survey's website.

“I think what [having the three different change rooms] does is that it allows people to choose whatever space they feel most comfortable with,” explained Rachael Sullivan, an equity facilitator for Equity and Inclusion who has been working on this project. “I think that having that level of choice ... if every kind of centre or facility could offer that, that would be wonderful.”

Sullivan also emphasized that the proposed signs, which will denote what purpose each room serves rather than relying on traditional gendered signs, could be a good way to do this.

“I think that we’re trying to move away from who can use that space and [are instead] coming back to this idea of choice that people are going to select the space that they feel most comfortable with. Sometimes it’s helpful to know what’s in the room in order to do that,” explained Sullivan.

Stéphane Delisle, the senior manager for programs and operations at the aquatic centre, said that the efforts being put into the signage at the new centre builds on their commitment to creating a more inclusive space.

“The language [and] the symbols that we use to denote the space are as important as the space itself,” said Delisle.

The efforts to make the new aquatic centre more inclusive will not stop with the universal change rooms and inclusive signage, explained Delisle.

“We reached out to Equity and Inclusion because we wanted to improve our practices in the current pool,” said Delisle. “What we’re doing with Equity and Inclusion is we’re having a conversation with them about — as we move into the new pool — training our staff to make sure they understand the right words we use, how we can be the most inclusive staff and how we can up our game a bit to be doing the right thing by our patrons, especially in light of the new space [and] the universal change room.”