Policy, protocol and political will: how universities can responsibly respond to sexual assault 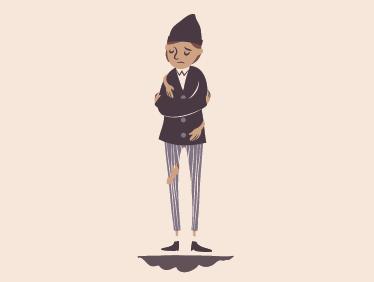 Caitlin Cunningham, subject of the recent investigation and documentary by the CBC’s Fifth Estate into UBC’s handling of several reports of sexual assault by the same student, said she felt more traumatized by UBC’s reaction to her disclosure than her assault itself.

Exposed by the Fifth Estate, a lengthy and confusing administrative response left UBC students feeling disrespected and abandoned by their university.

UBC is now reviewing its response protocols and drafting a specialized sexual assault policy. Yet the problematic response wasn't a case of the university ignoring its own policies and protocols — these were followed closely. But UBC doesn’t have a designated policy for dealing specifically with sexual assault. Instead, it has a collection of policies under which sexual assault response guidelines fall. But as was seen in Cunningham’s case, the processes were ill-suited to the sensitivity of sexual assaults.

Understanding why UBC’s response took the form it did means looking at the wider issues involved in creating and upholding sexual assault response policies for Canadian universities and specifically at UBC: questions of who should deal with the reports and how to respond to them.

UBC’s current practices are not uncommon in Canada — other universities across BC also lack specialized policies.

This is in part because Canada does not have federal legislation comparable to the United States’ Violence Against Women Act, Title IX amendments and the Campus Sexual Violence Elimination Act, which mandate that universities have sexual assault policies, protocols and prevention programs.

A severe discrepancy in statistics coming out of UBC was revealed by a CBC investigation. Between 2009 and 2013, UBC received reports of less than a quarter of the sexual assault reports made to the RCMP on campus. UBC claimed it had received 16 reports of sexual assault from students in that time frame while the reports to RCMP were more than 70. Students were either reporting to the RCMP more often than to the university, or the university wasn’t keeping accurate statistics of how many reports they were receiving. Yet experts judged that even CBC’s data showed a lower number of reports than expected.

Less than 10 per cent of survivors of assault report to the police, which many — including Ashley Bentley, manager of the AMS’s Sexual Assault Support Centre (SASC) — attribute to the barriers of reporting. The process is time consuming, the investigation often includes victim-blaming and prosecution rates are low because physical evidence of the crime is often lacking. In addition, in a criminal investigation confidentiality is not an option. More comprehensive statistics could potentially be obtained with a practice of mandatory reporting. For example, Ontario’s province-wide campus sexual assault policy requires that university staff report allegations of sexual assault to the university administration if they are made aware of them. Yet Quinlan views mandatory reporting as a double-edged sword.

“On the one hand, it can preempt the disclosures and really undermine the power of the complainants to direct the process,” she explained. “But on the other hand, it provides the university with the capacity at least to keep up-to-date, accurate statistics so we know what the prevalence rates really are.”

“I think that having mandatory reporting actually creates a barrier for survivors coming forward because maybe they want support services or counseling, but they don’t want that incident to become a statistic,” Bentley said, noting that survivors may only be seeking counselling rather than an investigation or prosecution. Instead of mandatory reporting, she wants the new policy to provide survivors with anonymous or third party reporting options. SASC’s stance is that it should be up to the victim to decide to whom they wish to report. Finlay agreed, emphasizing the importance of returning agency to the victims.

However, when researchers surveyed males at an American university who admitted to having committed or attempted sexual assault, they concluded that relatively few men perpetrate a large number of rapes. Almost two-thirds of the men reported committed multiple rapes.

“[Obligatory reporting] would also allow universities to adhere to their responsibility of keeping campus community members safe in the case of a serial perpetrator,” Quinlan noted.

When a sexual assault becomes the university’s responsibility to investigate, then the issue becomes a question of ensuring due process. The criminal nature of sexual assault sets it apart from other forms of non-academic misconduct, making a university’s role in responding to reported cases more complicated — how should an institution deal with such severe and potentially traumatic crime?

“It's unfortunate that the university has to take on some roles that are perhaps better served by the police,” said Scott Anderson, a UBC philosophy professor studying sexual harassment and rape in gender relations. “The university lacks certain powers that police forces have, such as the ability to investigate, to compel testimony and to provide professional representation to both the accusers and the accused.” At UBC, the non-academic misconduct committee handles any student’s report of sexual assault by another student. If the complaint is against a member of faculty or staff, faculty or employee relations investigates with assistance from the Equity and Inclusion Office.  Policy No. 3, Discrimination and Harassment, guides the processes.

It's unfortunate that the university has to take on some roles that are perhaps better served by the police.

In the United States, where specialized sexual assault policies are required, university investigations into sexual assault operate very differently from criminal ones. Unlike the typical innocent-until-proven-guilty standard, the US’ Title IX mandates that schools operate on a “preponderance of evidence” basis when reaching their decision on a complaint. If it is more likely than not that a sexual assault took place, the appropriate consequences must be enacted.

Anderson explained that reaching a decision based on preponderance of evidence was used in cases of sexual assault because of the need to overcome biases that tend to discount the victims’ testimonies.

Preponderance of evidence is not something that is clearly outlined in UBC’s current policies and protocols used to deal with sexual assault. Until now, UBC has prioritized sexual assault prevention over response, said AMS VP Academic and University Affairs Jenna Omassi. She attributed this to both the lack of standalone sexual assault policies and research that have shown that prevention and education efforts are important for an effective response.

According to Sara Jane Finlay, vice-president of the Equity and Inclusion office at UBC, a specialized sexual assault policy hasn’t been adopted in the past because UBC’s existing policies and practices have been functional. 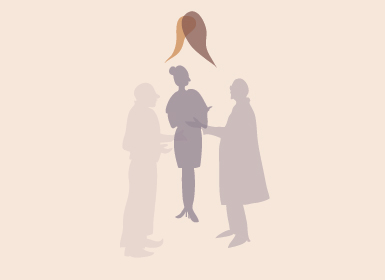 “The policies did what they were supposed to do. I don’t think that they were problematic,” said Finlay. “Whether there were other things around it that could have been done better, I don’t know.”

Yet Bentley believes UBC’s current practices are not sufficiently survivor-focused. She has been working with Chad Hyson, associate director of student conduct and safety at UBC, to review the non-academic misconduct process.

Bentley believes the committee members do not have adequate training to dealing with sexual assault cases and ask victim-blaming questions within their hearings. According to Bentley, the process is also not timely enough — especially considering the safety concerns regarding having an offender on the same campus as the victim.

“I feel that for other types of incidences, the process works well. But I think when it comes to survivors of sexual assault, then there is a certain type of sensitivity that needs to be taken into consideration,” she said, pointing to how the peer-based committee in charge of processing non-academic misconduct could deter victims of sexual assault who may not wish to disclose to peers.

Kimberley Beck, a lawyer in UBC’s University Counsel office, disagrees. She told The Ubyssey that the current system is “sensitive and fair.”

“In cases of sexual assault, we will offer the survivor, if they wish not to be seen by the alleged perpetrator, to put up screens or make other arrangements. We can do it by video conferencing,” she said. “We also set up counselling services if they wish to have them before and after their participation in the process. We also tell them that they can bring a support person into the room while they speak to the committee.”

“The committee receives general training in administrative justice as well as specific training in addressing allegations of sexual assault offered by a professional who has extensive expertise in this area,” wrote Robbie Morrison, chair of the non-academic misconduct committee, in an email to The Ubyssey.

Policies are very limited in what they can do without the necessary resources and political will to use them.

The timeframe of the administrative process was one of the major criticisms of UBC’s handling of Cunningham’s allegations against Dmitry Mordvinov. He was expelled 18 months after he committed the alleged sexual offences. To many, this was another example of disregard for the victims. By contrast, in the United States, under Title IX — a federal law prohibiting discrimination on the basis of sex in education — schools should conclude an investigation into a reported sexual assault within a semester.

Finlay believes a set timeframe for handling reported cases of sexual assault would be inappropriate as it may interfere with the victim’s control over the process.

All hope is not lost for UBC’s future of handling of sexual assaults. Controversy has been the catalyst of change in the past. Following much media condemnation of the the infamous Y-O-U-N-G rape chant at UBC and other universities’ frosh events as well as a number of sexual assaults, the Ontario provincial government decided it was time to act.

In 2013, the province issued a resource guide for universities that recommended measures for preventing and responding to sexual assault. Early in 2015, the presidents of 24 universities in Ontario agreed to endorse and implement a province-wide uniform policy on campus sexual assault.

“There’s an absolute and fundamental belief in the college system that this is our responsibility,” said Linda Franklin, president and CEO of Colleges Ontario, in an interview with the Toronto Star.

The BC government is also considering whether to introduce a single set of province-wide policies.

UBC’s new policy will have to go through legal counsel and approval by the Board of Governors — It is unlikely that it will be ready before autumn of 2016, according to Finlay.

“University administration developing policies is only a very first step,” Quinlan said. “Policies are very limited in what they can do without the necessary resources and political will to use them.”

In the meantime, Omassi and Bentley have emphasized that the SASC is an AMS service independent of UBC. “If there are any worries about university processes, the AMS is independent of the institution so survivors should feel safe to come to the SASC,” said Omassi.

–– With files from Emma Partridge and Sophie Sutcliffe