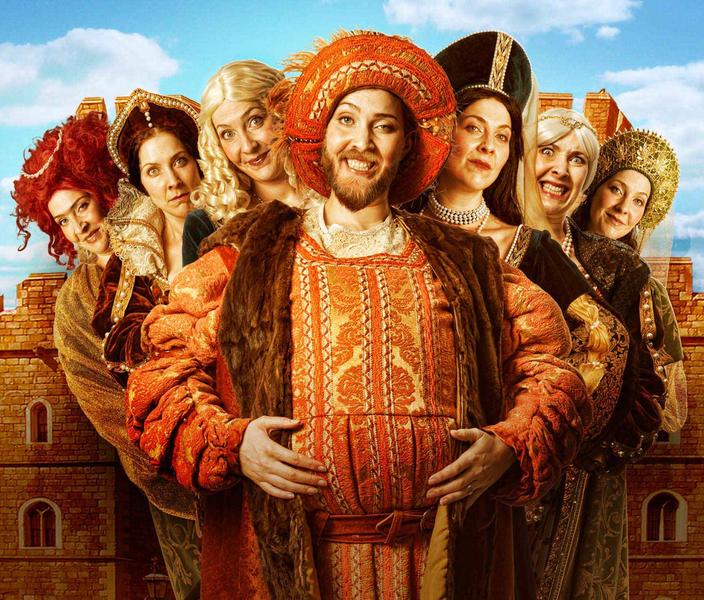 Tara Travis stars in Till Death: The Six Wives of Henry VIII. In this fast-paced, hilarious romp Tara portrays the six wives of King Henry VIII and the king himself in the space of 70 minutes. The play begins in an anomalous waiting room where one by one the deceased wives of Henry VIII arrive. These unexpected encounters lead to hilarious furor and turmoil about who Henry’s true bride and eternal partner actually is. Then when Henry arrives, everything changes.

When did you first pursue acting and puppeteering?

Acting came first for me. When I was five years old, I performed skits for my neighbours in my parents’ backyard. In my twenties, I had a bit of personal crisis. I didn’t know [how] to make a living as an actor – what a surprise. Then, one day I saw an audition for puppeteering – I had never tried puppeteering. I faked my way through it and ended up touring with the Educational Puppet Troupe. It opened me up again and influenced me to keep pursuing my dreams.

As a co-creator, did the script change much as you rehearsed and discovered more about the characters?

Often, the script does change as we rehearse, but for this one, we mostly focused on making it shorter. I changed a few words here and there, but Ryan was the mastermind behind the script. He wrote it specifically for me. In 2012, we developed the show, and we only had a two and a half week rehearsal period. We cut fifteen minutes off the play three days before we opened at the Winnipeg Fringe. Scariest thing I ever did but it kept me fully engaged.

What type of techniques do you use to develop each character? Is substitution necessary when drawing up emotion since you don’t have anyone else on stage with you?

There’s no time for substitution. I approach each character individually. During the development stage, I pretend that I am only playing that one character. There are still times when I react to one of my characters in a different way than expected. The characters have become their own entities. I’m just the vehicle along for the ride.

Has puppeteering influenced the way you approach the body language of your characters?

Very much so. When I teach puppeteering, I tell people to focus on your own body. The two art forms inform each other. It gives a sense of hyper-awareness.

Where else have you performed this play, and where will you go next?

I have performed this play around two-hundred times now. We have a few more bookings around BC.

What are some of the highlights and downfalls you have experienced with this play so far?

I have been able to tour the country, and the play has increased my confidence; I didn’t think I could do it during rehearsal. And I feel that we are honouring these women while still playing around comedically.

Till Death: The Six Wives of Henry VIII is showing at the Rio Theatre from September 8-18.