Places to Be: Diving the Howe Sound 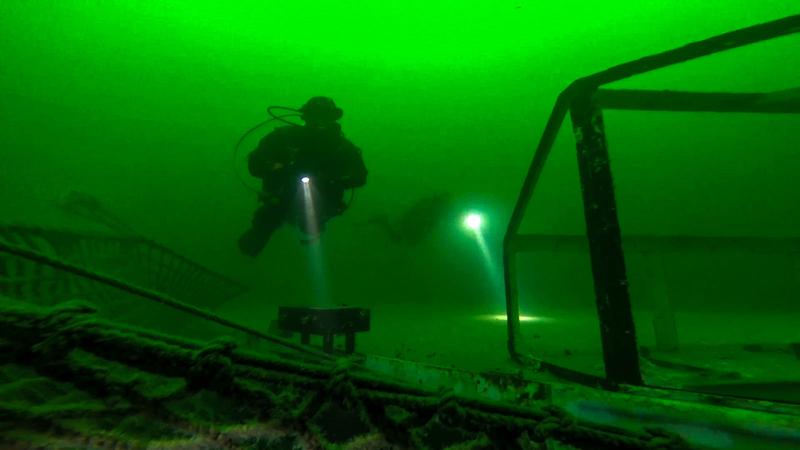 “For the most part, you catch people at their absolute best,” Kevin Breckman tells me as we glide across Howe Sound on his dive boat, the Topline.

For the past 17 years, Breckman and his wife, Jan, have owned and operated SeaDragon Charters. After diving with them a couple of times, it’s not hard to see why they’ve never had a bad experience with a client. It’s easy to be at your best when you feel totally free. And that’s what boat diving brings — a sense of complete freedom.

Beneath the dark blue surface of Howe Sound lies a wealth of marine life in all kinds of colours, shapes and sizes. Some are well-camouflaged and tricky to spot such as buffalo sculpins and red Irish lords, while others will swim past you in large schools. Cloud sponges, beautiful structures in their own right, are home to many creatures including decorated warbonnets and several species of crab. Look inside the cracks and crevices in rocky areas and you may find a giant Pacific octopus in its den. If you’re luckier still, you may be swimming along and find a stubby squid, a grunt sculpin, a wolf eel or a seal.

On rarer occasions, divers have encountered a sixgill shark, a deep water species that typically resides well below 300 feet and only comes up to shallower areas once a year to spawn. “Unfortunately I wasn’t diving, but I saw the photos and I heard the screaming,” Breckman said of the last time a group of divers saw a shark off of Bowyer Island.

There’s never a dull moment on the surface either. Breckman and his crew enjoy frequent sightings of bald eagles, otters, dolphins and, in recent years, transient orcas. Of course one can also catch some fantastic views of the Coast Mountains and the islands of Howe Sound. Much of the landscape is seen on the surface and extend beneath it creating fascinating underwater landscapes for divers to explore. Howe Sound features everything from pinnacle reefs that look like submerged mountain peaks to gently sloping bays and wall dives with steep cliffs that make you feel like you’re flying as you swim past massive rock overhangs covered in large, white plumose anemones.

For advanced divers looking for a unique experience, Howe Sound is the only place in the world where glass sponge reefs, also known as bioherms, are found at air-diveable depths. Bioherms were once thought to have gone extinct sometime in the Jurassic period and were only rediscovered alive in the late 1980s. Made completely of sponge, these huge reefs rise up from seemingly empty ocean floor and have become home to many other creatures.

The most recent addition to the 25 sites Breckman regularly takes divers to is the HMCS Annapolis — a 366-foot Royal Canadian Navy destroyer ship. The Annapolis was sunk in April 2015 by the Artificial Reef Society of British Columbia as a long-term marine habitat. It has been a boon to the local dive community and to scientists at the Vancouver Aquarium who are tracking the growth and progression of marine life on the wreck.

“[The Annapolis] changed the dynamics of our business immediately,” Breckman said. “We got a lot busier and there’s a lot more groups coming from other areas that want to dive it. And because of that, these groups have been exposed to the wall dives and their uniqueness.”

For Breckman, one dive in Howe Sound was enough to convince him to start a charter business. “You can’t beat the stark beauty of Howe Sound,” he said. But at the end of the day, it’s the people who are the best part.

“People come from all over the place and you’re meeting people at their best because they’re out doing what they want to do.”