Anti-Semitism, racism and images on campus 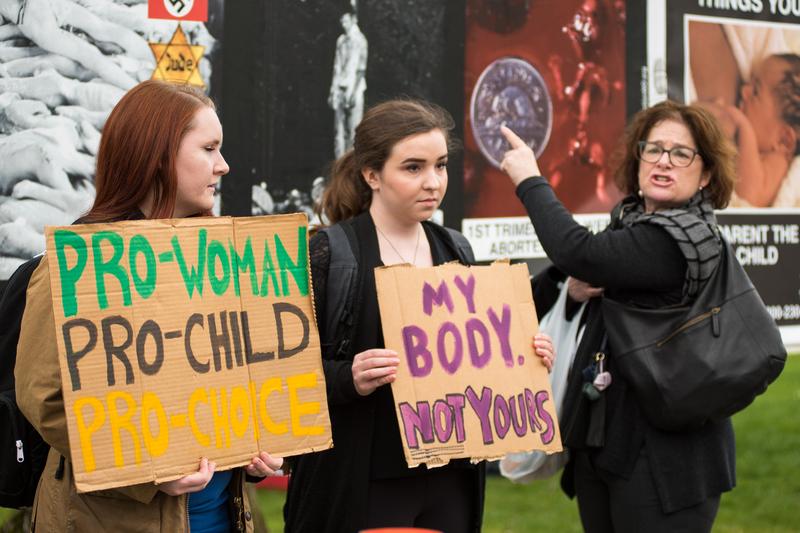 This article originally appeared as "On the UBC pro-life protest"

I write in regard to the article on the pro-life protest held in front of Lasserre on March 9, 2016. I am the person pictured in the lower photo pointing to a poster. That poster image shows a swastika — the sign of the Nazi Party and a symbol of their policies — and a yellow star with the word JUDE inscribed on it — the insignia that the Nazi's forced people of Jewish descent to wear so that they could be separated and distinguished from others. In Europe under the domination of the Nazis, Jews were distinguished so that they ultimately could be sent to the “camps” in order to be exterminated, resulting in the genocide of over six million people. These signs, the Swastika and the yellow star with JUDE inscribed on it have long been understood to be active visual instantiations of anti-Semitism, a form of racism. These signs, indeed all such anti-Semitic visual imagery, are a form of hate speech. These signs were not shown in any historical context or with any textual narrative that would explain their significance. None was needed: they signal to everyone a form of racism called anti-Semitism. That is why I was pointing to them in the photo.

These signs, indeed all such anti-Semitic visual imagery, are a form of hate speech.

My question is this: what is hate speech as visual imagery doing on a university campus? What right did the anti-abortion group who made these signs have to impose upon every viewer, every student, an active anti-Semitic and racist message? UBC is supposed to uphold values which do not harass or do damage to others, it even proposes that in its official statements of inclusion and tolerance. Yet the Campus Planning office gave permission — indeed they issued a permit that enabled these images to be displayed. Who is responsible here and who really cares about whether hate speech and racism are on display?

Thankfully, students, faculty and staff made an effective demonstration against this display and its intent. Most of us there had to pass by these images as we found our way to class and to offices in Lasserre. Thanks to the president's office, these offensive images were removed. But my question remains: who takes responsibility for their display in the first place? Is this a university community or a place where the buck is passed — even on issues as integral to our situation on these lands as racism and a colonial past that endorsed it?

Your reporting is good as far as it goes, but now it is time to investigate and write about the actual situation and effects of hate speech and images that many of us had to suffer yesterday.

Catherine M. Soussloff is a professor in the department of Art History, Visual Art & Theory.