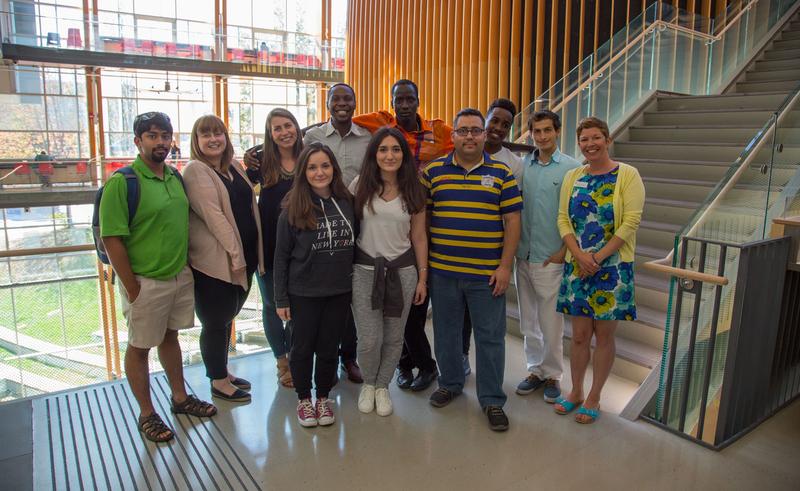 WUSC students and members of their support system at UBC.

UBC's WUSC local committee is an AMS club and its student refugee program was founded in 1978. Since then UBC has held four referendums to either institute or increase the fee for the student refugee fund. The latest referendum happened last March with the fee being doubled to $5.22 as a result.

This increased fee was a part of the AMS and, more widely, UBC's reaction to the Syrian refugee crisis.

"[The campus community] looked to a program which has already thrived on our campus and done very well, and which was already the biggest in Canada before we doubled," said Jenna Omassi, president of UBC's WUSC local committee.

The increased fee now allows WUSC to fund double the number of students — eight instead of four — and increase the support provided for the students that are funded.

WUSC students are technically privately sponsored refugees, with the agreement essentially being that the students of UBC are legally obligated to fully support these students for twelve months and help them integrate into life in Canada.

The selection process for this program is extensive and competitive — with the entire process taking approximately 16 months.

"Many of the students we see coming here from Kenya are individuals who most likely were born in the camp and who knew from a very young age that WUSC was it — it was the way they were getting out of the camp," said Omassi. "They were the ones who were sent to school to thrive, to work on their English, to be ready to get into this program."

The 16 month admissions process includes everything from the TOFEL english requirement to research project interviews meant to help WUSC understand whether candidates will be able to permanently resettle in Canada. Students can apply up to three times. Students will then be considered for specific universities based on their test scores and personalities.

"We see students who really are coming here, not as refugees, but as students. They have permanent residency when they get here," said Omassi. "They have been working their entire lives to get into the program."

The latest fee increase should have led to eight students coming to UBC through the program, but complications arose. One student was resettled in Australia with her whole family. Another, however, found out at the last moment that there were some issues with their immigration documents, and was unable to come in time for September. Omassi hopes that the student will be able to arrive in January instead — something that has happened before.

Many people contribute to the immigration process and integration of WUSC students. One such person is Akuechbeny Kuol, the student refugee coordinator.

“My goal is to make sure that the new students arriving at UBC feel at home and that UBC is actually a good place to be,” said Kuol.

Kuol came to UBC as a WUSC student and is now in his second year as student refugee coordinator — meaning that he understands both sides of the system quite well.

"UBC is a supportive community, but they sometimes might not have the information about what the problem is and how the student can be helped," he said.

One problem that Kuol worked on with the help of Omassi and UBC was to solve housing issues. With housing in Vancouver becoming increasingly more expensive, many of the student refugees move very far away from campus after their first year — making it easy to become isolated from the wider campus community. WUSC students will now have two years of free housing on campus in either Walter Gage or Thunderbird.

Housing was one of two gaps that was identified when UBC worked with WUSC to identify which supports are being provided and which were insufficient — with careers being the second. Careers also become a problem because in order to support themselves, WUSC students usually end up taking jobs that do not further their academic or career ambitions.

"We’re working to help them find jobs that actually allow them to thrive financially and academically, teach them something and help them articulate their skills," said Omassi.

As the program expands to eight new students a year, it will have to prepare for students from more diverse backgrounds. The three Syrian students, for example, will be continuing studies that were interrupted, and are from different circumstances than the students who usually come to UBC after growing up in a refugee camp.

"We’re trying to ensure that we can have supports available for them, but to be honest we aren’t as sure what their needs will look like as opposed to the Kenyan students, who we are very well versed in," said Omassi.

To provide additional support and aid the evolving program, the university will also be hiring an advisor to work specifically with student refugees on campus.

Alongside such challenges, there are also those associated with leaving home and coming to UBC.

"Things are really different. When some things happen in a way that doesn’t really help you feel at home, that is no one’s fault. That’s just the situation," said Kuol.

Kuol also emphasized the pressure that can come from being singled out as coming from a different background.

"Instead of calling them refugee students, we just call them WUSC students. It’s a better term," said Kuol. "If [students] want to hear their refugee stories, it’s up to individual students, but not all of them are comfortable with that." 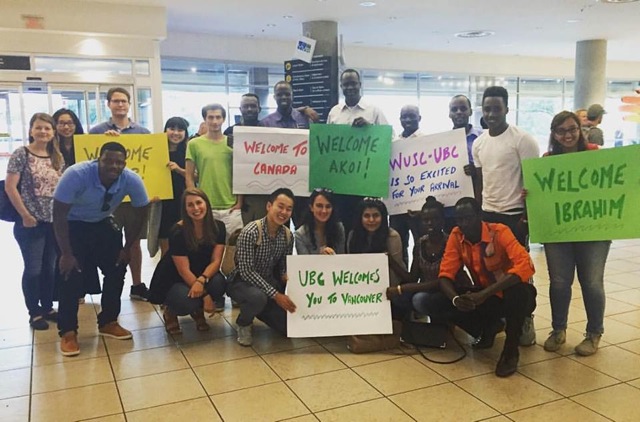