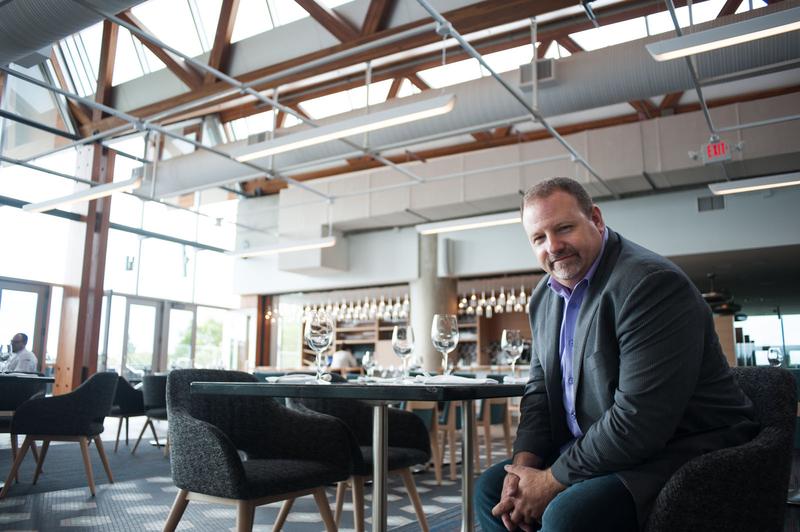 Terry Hayashi, manager of the Perch, sits in the upscale restaurant situated on the top floor of the Nest. Photo Kosta Prodanovic / The Ubyssey

Although details about the finances of Perch — the AMS-run restaurant on the top floor of the Nest, open to the public since September 2015 — are confidential, recent AMS council meetings have indicated that the establishment has been losing significant amounts of money.

Aaron Bailey, AMS president, said the current financial situation of Perch is in large part due to struggles that the restaurant has had with customer turnout.

“The trouble we’re having is how we get people to walk those four flights, getting to that restaurant to sit down for a meal,” said Bailey.

According to Bailey, measures are being taken to turn the problem around. Perch now offers discounts for students and has redesigned the furniture to give the impression of a lounge-type space in addition to a dining area.

“We’ve been working right now to make some changes to how we’re offering products and deals and specials that are more attractive and live up to the student market,” said Bailey, noting that satisfaction among customers has been better than expected despite poor turnout.

Still, not all members of the AMS are convinced that Perch should continue to operate. Kevin Doering, UBC student, said that his main concern with the restaurant is that it is running on student fees.

“[Perch] is maintained by student fees. That means that student fees are going towards maintaining a business that’s losing money,” said Doering.

Doering believes that the solution to the financial problems of Perch would be to replace it with The Gallery Lounge, a restaurant affectionately known as The Gal which used to operate in the old SUB. He is currently leading a petition to bring back The Gal, which he hopes will recreate the level of student engagement that it once provided.

“It’s not just about bringing back something that used to exist, but also creating something new for all the new students at UBC that they’re going to at some point make memories of,” said Doering.

Doering’s petition, which was launched last September, has now received an estimated 700 signatures. He hopes to reach his goal of 1000 signatures before reading break since this would allow the AMS to launch a referendum on whether to rebuild The Gallery.

While Doering supports the current initiatives that the AMS has implemented for Perch, he said that he still wishes to see the return of The Gallery Lounge.

“If [the AMS is] doing things currently that are going to improve engagement with Perch, then I think that’s great,” said Doering. “At the end of the day, what I want is to bring The Gallery back. I would love to see any kind of restaurant that engages students on a better level than Perch currently does.”