Petition for no-confidence resolution in the board gaining signatures 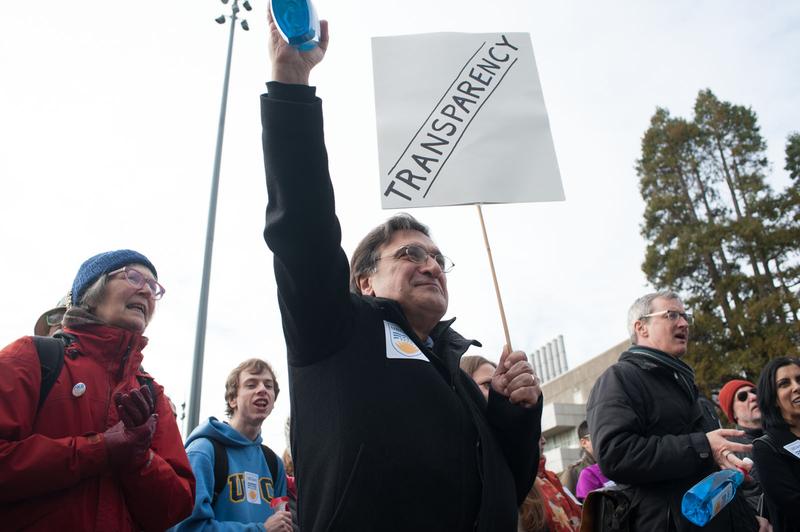 343 UBC faculty members have signed a petition asking that the Faculty Association “bring a motion to its membership expressing no confidence in the UBC Board of Governors,” at time of publication.

The inadvertently leaked documents pertaining to former UBC President Arvind Gupta's resignation shed some light on certain operations of the Board of Governors. According to what was released, the board made certain decisions during in-camera, unscheduled meetings that were not recorded in any way.

The most infamous of these meetings was the off-campus meeting in which Gupta's resignation was accepted, which — according to a recently released statement by the new board chair Stuart Belkin and interim President Martha Piper — Gupta did not attend.

Sparked by the apparent transparency issues that has plagued what has now been dubbed “Guptagate,” several hundred protesters gathered outside last week's board meeting.

“I think it's actually really exciting that a lot of faculty were the ones who, I think, got this started,” said UBC student Penny Zhang at the protest. The protest was indeed a grassroots move started by the FA, although many students did come out to show their support.

“I would keep pointing out that the Board of Governors actually includes elected faculty members who have the confidence presumably of the faculty who elected them,” said Philip Steenkamp, VP external relations and communications, in response to the no-confidence motion.

Steenkamp noted that these faculty members have been invited to the next meeting to voice their concerns.

However, quite a few faculty members see their challenges and concerns as more than valid. Signs at last week’s protest read, “Ours, not yours,” and chants of “resign” filled the alumni centre when the protesters stormed the building as the meeting was in full swing.

“I think it’s important for everybody to work together to try to built confidence, trust and respect,” said Steenkamp. “We’ve had multiple very successful presidencies where presidents have worked very closely with boards and with faculty associations and with student societies. We need to get that there and I think everybody’s trying to work on that.”

According to the statement, the new members of UBC's governance — Stuart Belkin particularly — are committed to striving for “excellence in governance.”