The majority of the money — $44.3 million — will be put towards the renewal and replacement of facilities in the Undergradate Life Sciences Teaching Labs at the Biological Sciences Complex. The investment will allow for faculty and over 2,000 students enrolled in life sciences programs to have research and lab space. In addition to the $44.3 million jointly provided by the federal and provincial government, UBC will be contributing an additional $35.6 million dollars to this project.

Aside from this, $4.7 million in federal funding will be put towards construction of the new Chan Gunn Pavilion, otherwise referred to as the Sports Medicine Centre. Additional donors and UBC will contribute another $6.7 million to this project.

Finally, $2.5 million in federal funding will aid the “expansion and enhancement” of the Centre of Excellence for Simulation Education and Innovation (CESEI) at Vancouver General Hospital. This investment is hoped to result in the advancement of biomedical engineering by allowing the centre to pilot new medical devices and technologies.

The announcement was made by Navdeep Bains, the minister of innovation, science and economic development, and Andrew Wilkinson, BC's minister of advanced education. 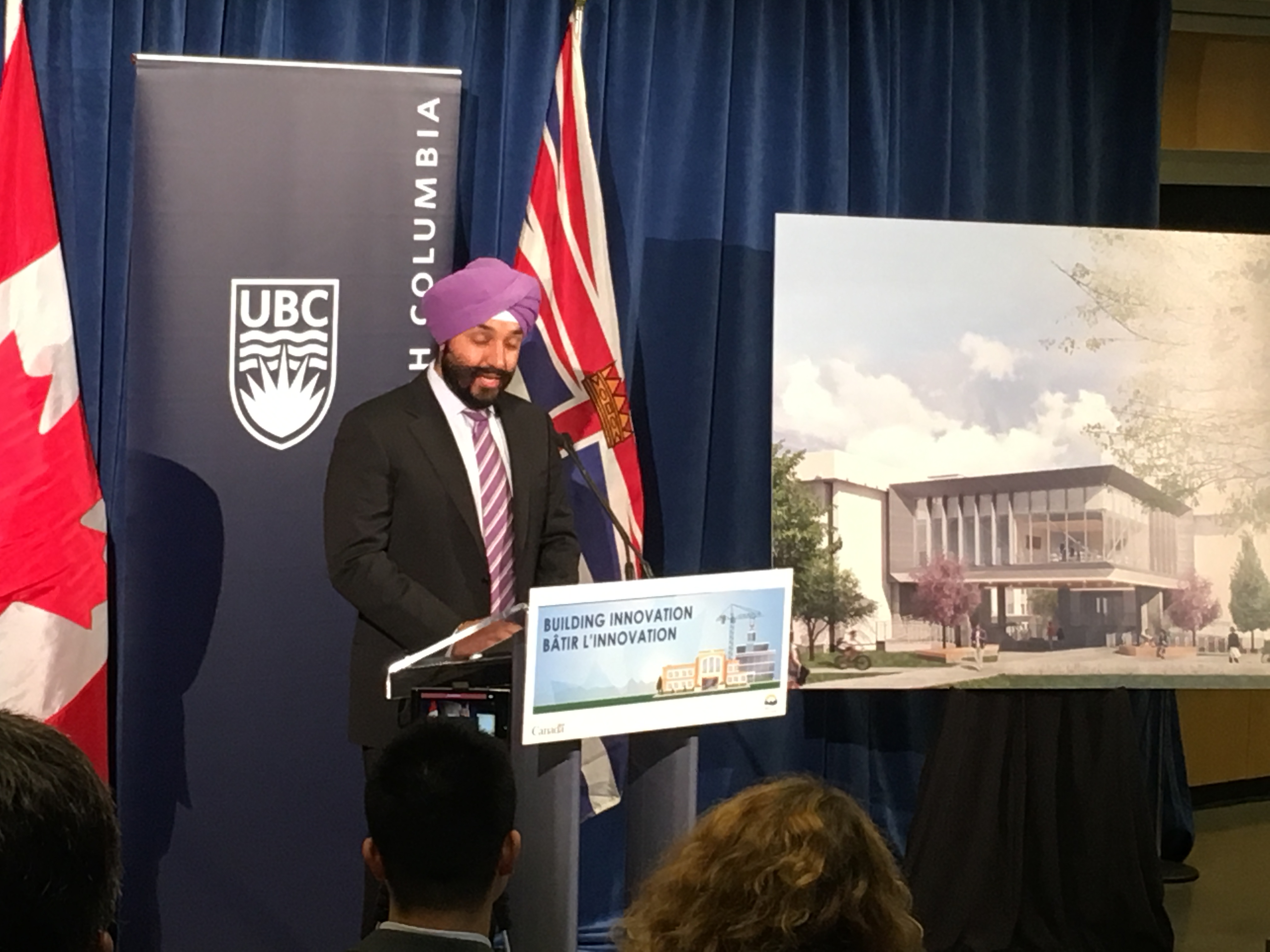 UBC President Santa Ono attended the announcement of the investment.

What a pleasure meeting Minister Bains today during our announcement of UBC's $100M investment in science labs pic.twitter.com/h3QNy2MOT0

Federal funding will be allocated through the Post-Secondary Institutions Strategic Investment Fund. This fund will provide up to $2 billion to universities and colleges across Canada to accelerate infrastructure projects over the next three years.