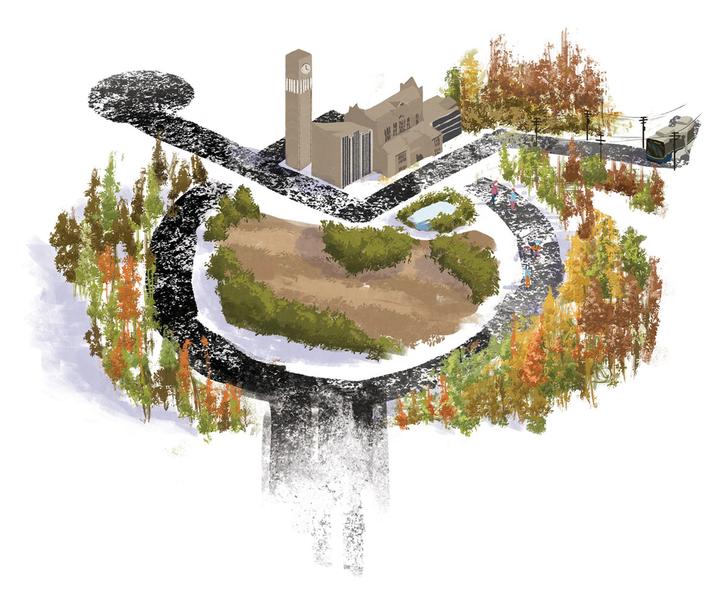 Accessibility on campus is something most students don’t think about. But for many students with a disability, accessibility barriers can limit their full participation in university life and hinder academic success.

Access and Diversity provides academic, financial and physical accommodation for students with a disability. Students must register to receive services, which requires medical documentation.

UBC is governed by Policy 73, which recognizes the university’s “moral and legal duty” to provide academic accommodation for students with a disability in accordance with the BC Human Rights Code and the Canadian Charter of Rights and Freedoms.

Academic accommodations provided by Access and Diversity include extended exam times and note-taking services, as well as financial services like grants and priority access to housing for students whose needs cannot be met off campus. They also offer sign language interpreting, alternative formats of print materials such as braille and a variety of other accommodations.

Evguenia Ignatenko is a second-year psychology student and the president of the Disabled Students Association. The group recently had students answer the question, “What do you want people to know about disability?”

While Ignatenko feels that Access and Diversity are “pretty good,” she believes that “they’re understaffed and it can be quite slow for them to get back to you. It can take two business days [and sometimes] they won’t get back to you unless you email them again.

“With the amount of people that need help — and it’s only going to grow — they need more than what they have now.”

Ignatenko said that some students have told her about negative experiences with Access and Diversity where the staff come across as dismissive.

“That is not necessarily a personality trait of the staff. I think it comes from the fact that they’re understaffed and they’re all stressed … They can’t take the time that they need for themselves so they can deliver the services they’re paid to deliver,” she said.

Access and Diversity recently added two new staff members, bringing them to a total of 16 employees.

Annalise Fischer, a fourth-year German and creative writing student, uses Access and Diversity’s exam accommodations and said she feels mostly satisfied with their services, although she reiterated Ignatenko's concerns about staffing.

“They just don’t have enough people. The shortest amount of time I’ve had to wait during drop-in was about 20 minutes and the last time I was there to take a midterm, other people had come for drop-in hours and the wait got up to about an hour,” she said.

“Currently we have drop-in hours every day, and on Mondays and Wednesdays, we have six hours of drop-in. That does mean sometimes that [students] are waiting for a period of time to get in and see an advisor. For a new client they might wait about 10 days to see an advisor, but if a student comes to drop-in hours they’re seen that day,” she said. 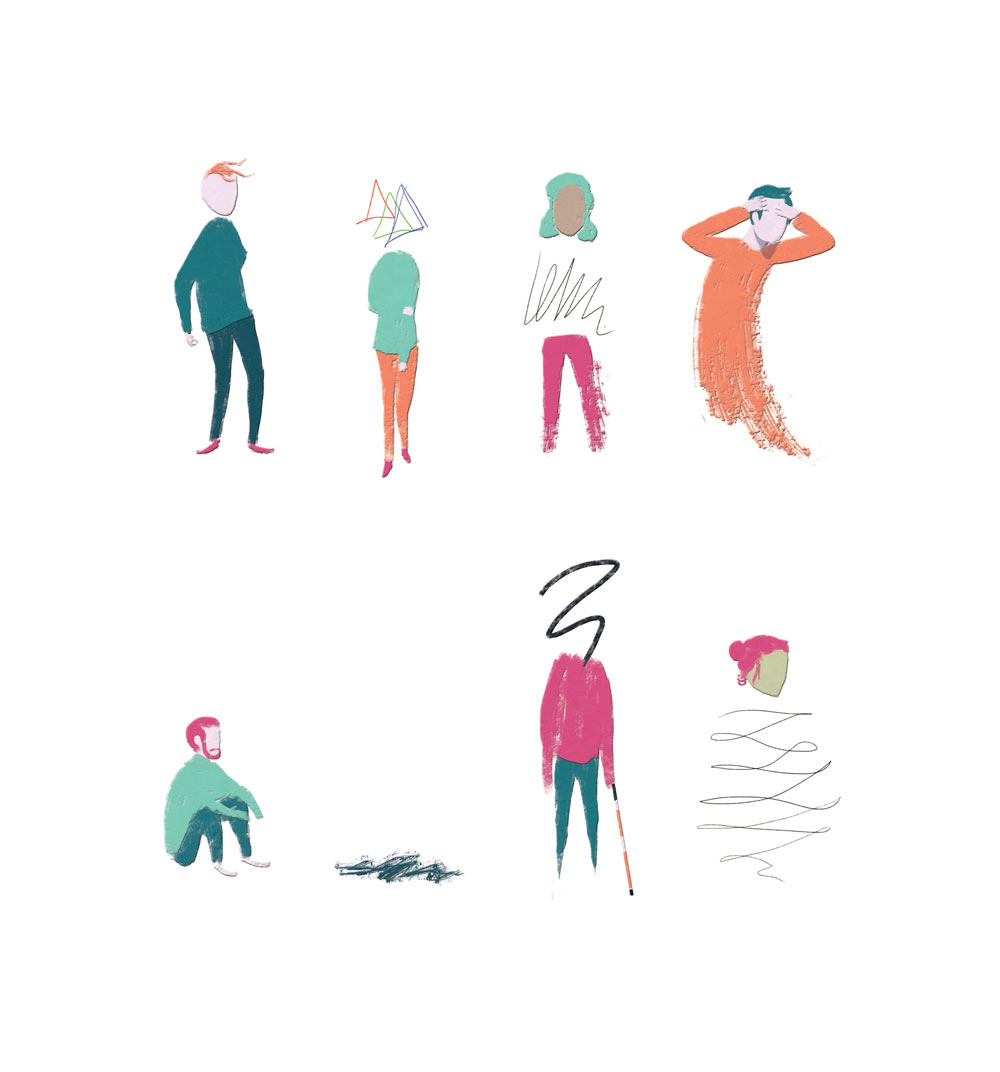 Access and Diversity currently supports over 2,600 students and has seen 600 new clients since August 1, according to Mee — almost double the number of new clients from last year.

They have received funding for three new full-time advisors in the past two years, but “the numbers of students that are coming forward seeking support has grown at the same time that our staff has grown,” she said.

Mee recognizes that students can face long response times via email. “I think for all of us, email is a challenge. It does take time to go through those emails and respond to them,” especially since “students are coming forward with some pretty complex concerns via email,” she said.

While Mee cannot comment on Ignatenko and others’ concerns about specific staff members, she encourages students to speak with her or other staff to address their concerns.

Liao feels that student groups like Kaleidoscope “lower the barrier of access” to students who are too intimidated to access professional services. “Students will more likely come to peers, and we’re more readily relatable … because we’re students ourselves,” said Liao.

“Students are clearly feeling a need for spaces on campus to talk about mental health,” said Windsor.

“It’s really hard to set an appointment with my [accessibility] advisor,” said Liao. According to her, appointments are sometimes not available for several weeks and students are advised to go to drop-in hours, where the wait time can be from around 30 to 45 minutes, depending on how busy it is.

Academics are not the only barrier faced by students with a disability on campus. UBC is like its own miniature city, and as with any city, poor planning can cause accessibility issues.

UBC adheres to the BC Building Codes, which regulate accessible building requirements. Accessibility in this case means that a person with disabilities is able to reasonably access buildings and use their facilities.

Some of the specific design requirements state that there should be “access from the street to at least one main entrance” as well as accessible washrooms. Knob handles are no longer permitted in new buildings, as they can be difficult to maneuver for someone with a physical disability. This means that some of UBC’s older buildings like Hennings, with its heavy doors and hard to twist knobs, do not meet all of these requirements.

The Vancouver Campus Plan, adopted by the university in 2010, outlines the strategies for the management and administration of UBC’s properties in support of the university's strategic plan and academic goals.

One of the goals of the plan is to “provide direct access for people with disabilities.” The plan recognizes some of the physical accessibility barriers on campus, ranging from long distances between buildings, hard-to-access pedestrian routes and the fact that older buildings lack accessible entrances. The campus plan notes that high-use areas will be more likely to receive accessibility upgrades due to limited funds.

Students can use the UBC Wayfinding tool to find accessible pathways and entrances, although this information can be difficult to find. First, one must select a building and then click on the “Footprint Map” that reveals more detailed accessibility information, including the number of elevators, which entrances are accessible and the best route to get there.

Not all buildings are fully accessible and it can be frustrating to find the appropriate entrances. “It’s not very visible,” said Liao.

“What they did for some students that would need to go [to the building] … they would schedule an appointment and the advisor would come to them, but that just means that the person with a disability cannot access the same kind of casual drop-in hours,” said Ignatenko.

“It’s just another hassle to put on a disabled person."

The university is clearly taking steps to improve accessibility on campus with Access and Diversity and other services. They recently announced plans for an accessibility shuttle in conjunction with the AMS and Campus and Community Planning.

UBC has been subject to human rights complaints alleging discrimination based on disability. While many of the complaints were dismissed, some went through and the complainants were awarded damages.

In 2015, Dr. Jessica Dunkley, a deaf woman, was awarded $35,000 by the BC Human Rights Tribunal after it was determined the university failed to provide a sign language interpreter during her medical residency program.

In 2016, the tribunal found that UBC had discriminated against former medicine student Dr. Carl Kelly by failing to accommodate his ADHD and learning disability. He was awarded $75,000.

Some students feel the university can and should do more to provide reasonable accommodation for students with a disability.

Fischer wants the university to better communicate to students what resources are available and where to find them. “So many just don’t know where to look,” she said.

To help with communication, Access and Diversity have recently hired a term employee who is developing a series of videos to help students understand the services they offer and save time during meetings with accessibility advisors.

“For example, [the staff member is working on] a video around how you access exam accommodations so that an advisor doesn’t have to spend time in a meeting talking about an administrative process,” said Mee.

Liao and Windsor feel that a lack of psychiatrists and long waiting periods at UBC Counselling can be addressed.

“I don’t know if the university is really focusing on long-term solutions for students with disabilities. I think they’re mostly focusing on short-term [solutions] like stress balls and mental health, and fun time doggy de-stress,” said Ignatenko.

She also advocates for a fall reading break, something many universities have but UBC does not.

“I feel like that could be very beneficial to people that are feeling, at this time, very bogged down with projects and homework. Finals are coming up, but midterms aren’t done for everyone, so it’s a very difficult time for people,” she said.

“Around this time, everyone starts wondering, ‘Why is mental health so bad for students?’ It’s because we have a ton to do.”