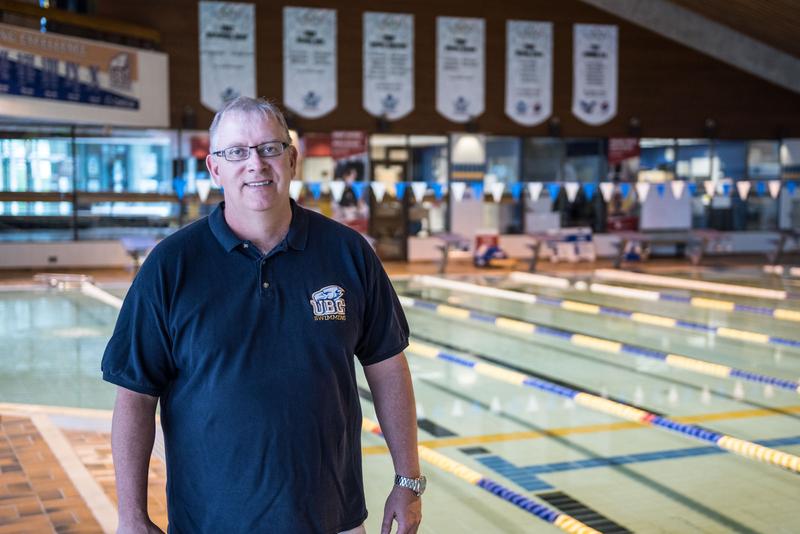 "If you’re in the game of trying to win medals at the Olympics, you’re probably going to win some CIS championships along the way."

UBC swim coach Steve Price is heading to Rio to join the Canadian team as they aim for medals at the 2016 Olympics. At the time of his interview with The Ubyssey, Price was in a post-training camp, pre-Olympics state of mind. As the coach of one of the most successful university sports teams in Canada, with more championship wins than any other sport in any other university in the country, Price’s expectation for his swimmers is of the highest level.

"We’ve never limited ourselves with being just a varsity team," he said. "It’s an honour to win varsity championships, but it’s not the pinnacle of our sport."

The pinnacle being – of course – the Olympic Games. Price’s preparation for himself and his swimmers has been ongoing since the last Olympics.

"Typically at the start of a quadrennial we’ll come together, we’ll be a team, we’ll train together," he said. "There’s very little division between the highest performers and the entry-level swimmers. As we move through the quadrennial towards the Olympics, that's when we start to focus on the very high end because we're going after medals."

The Olympic year means that Price and his coaching team have to compartmentalize what they’re able to do for their swimmers, covering all areas of the sport from open water to pool training, from altitude training camps to team building exercises. This year, Price has been in charge of Canada’s distance swimmers.

As a child, Price was stuck into swimming lessons before succumbing to competition at the age of nine. Not just a swimmer, he played hockey, baseball and soccer but transitioned full-time to the pool after a number of broken bones in the team games.

“In hockey I broke my collar bone, broke my nose – I was a defenceman so I was getting in fights and that sort of stuff,” he said. “My parents decided that maybe swimming was a little less violent.”

Price began coaching in his early 20s, shortly after giving up competing. Although a prolific freestyle sprinter in his time, Price isn’t keen to jump back into training.

"It's one of these things where I'm around the pool all the time," he said – truthfully, as even our interview was conducted poolside. "When I’m not here I'd rather get outside, get some fresh air. It's hours and hours spent here or at other pools and so I don't really want to spend any longer than I need to."

Coaching isn’t just about the time spent when the athletes are training, Price noted. "There’s a high level of trust and confidence amongst our swimmers for our staff and programming," he said. "There’s a lot of planning behind the scenes."

The individual planning goes as far as specific training camps for some of the highest-level swimmers. Price had recently returned from a distance-training camp at high altitude, and programs in other fitness-related activities – such as yoga and rock climbing – for his swimmers.

"We do all our preparation before we get to competitions," Price said on his strategy for coaching at events. "As a coaching staff, we are there to direct them, we’re there to make sure they're moving in the right direction – but we are not there to over-coach them or over-program them – that's not the time do it."

In competition, Price was present but far from overbearing with his swimmers.

"The key is not to over-coach,” he said. “If you're over-coaching, you're just making everybody nervous, and if everybody gets nervous they're not going to swim well."

Price will be a member of the coaching team for the Canadian swim team this summer in Rio, and returns in the fall to the Thunderbirds, where the team will debut the new Aquatic Centre.