The winners of The Ubyssey's poetry competition announced!

This, our first poetry competition, has been an immense success. The interest shown by those submitting poems was better than we could have hoped for and the quality of the work was very impressive.

We thank everyone for their contributions. Your works were all pleasures to read and it was very difficult to narrow the submissions down to the seven finalists listed below.

Each of these works was chosen because we felt they represented distinct voices with inventive, highly expressive use of the English language, as well as the medium of poetry. We looked for works that felt honest, strange, terrifying, or which were just unafraid to be different.

"My Love" by Jade Liu, was heartfelt and used its form to very effectively convey a tight, emotional narrative.

"She who was last to be named" by Erika Witt, used the foundation of a motif to great effect and combined it with mythological references to build a rich, vivid work.

"Bread Lines" by Chuka Ejeckam, toyed wonderfully with formatting and employed a subtle rhythmic structure to give it good pace and a light overtone, even when dealing with quite complex and serious issues.

"Bones' Song (Highway 16)" by Cayley Western, took its dark subject matter to impressive depths and employed some nice archaic word choices to create an almost Gothic tone which strongly affected those reading it.

"Song Writing" by An Te Chu, was delightfully pleasant and used word play and well chosen images to convey its premise with great imagination. It quite easily put a smile on the faces of everyone who read it.

"The Peculiar Perfumeries of Childhood" by Shruti Buddhavarapu, was a remarkably sensory poem that transported the reader into scenes that conjured up strikingly vivid details and (obviously) smells. It was a poem that felt like it was being remembered and we found that immensely absorbing.

For the final poem, which holds the place of grand prize, we have a little more to say. So read on! 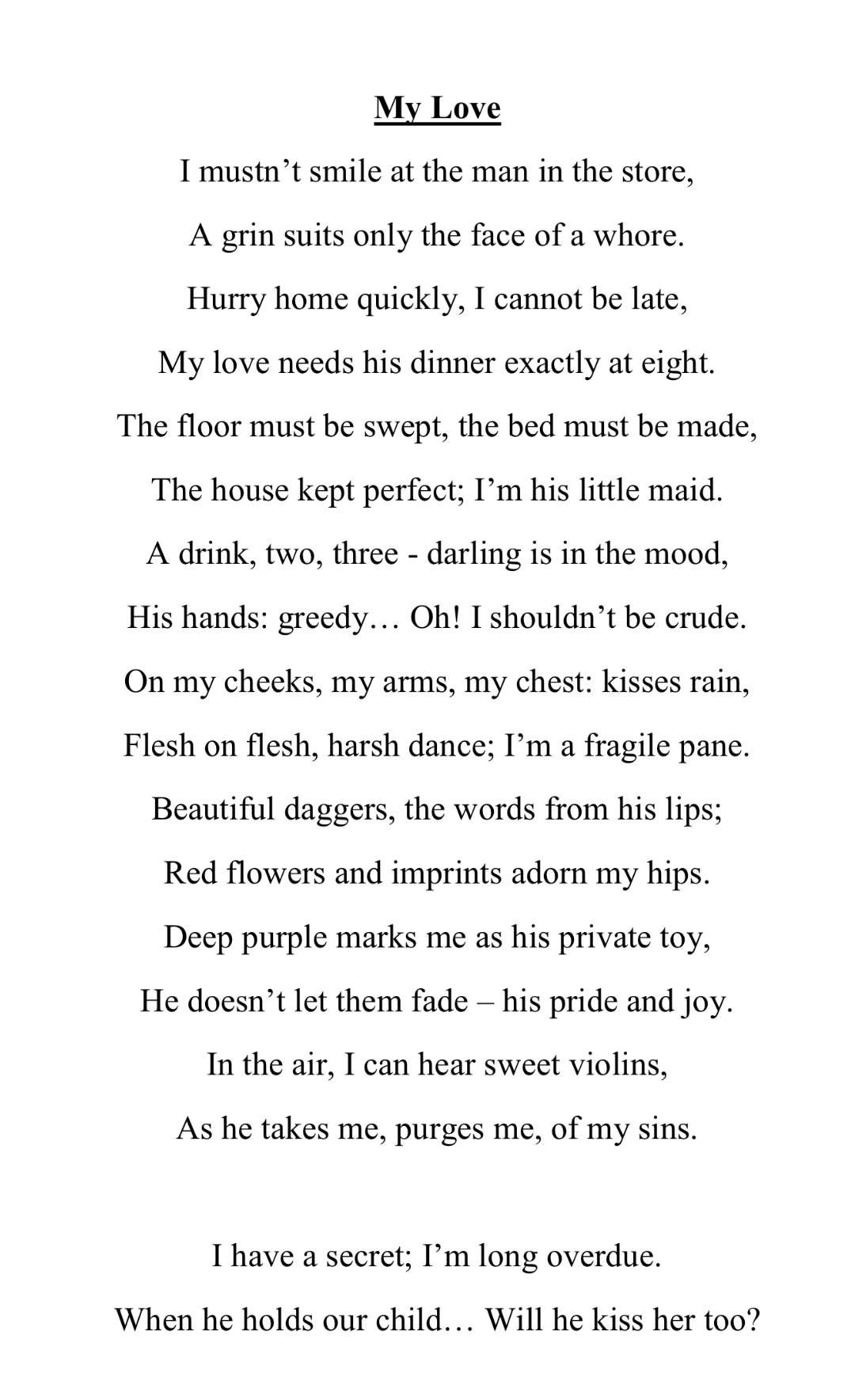 6th: "She who was last to be named" by Erika Witt 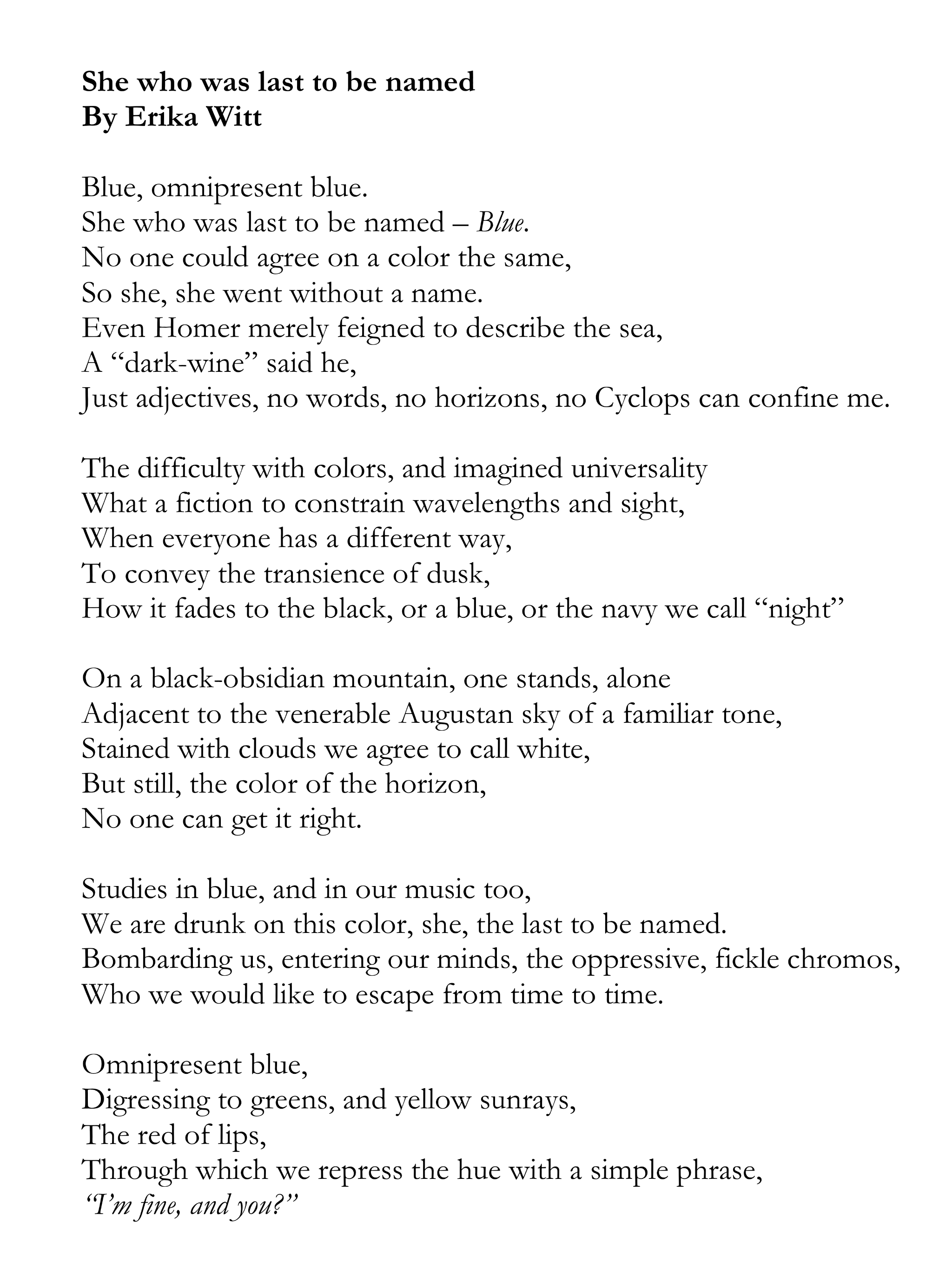 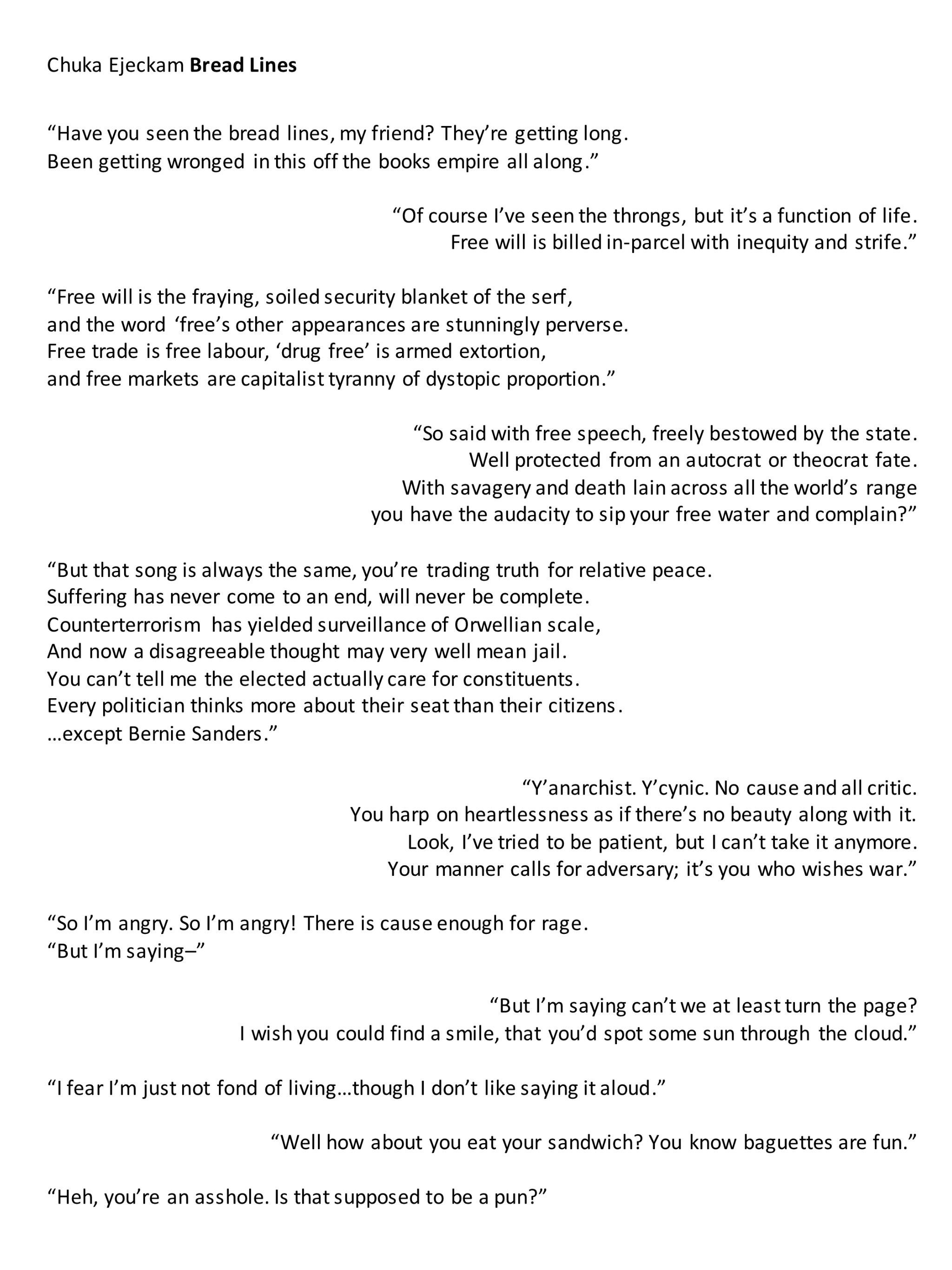 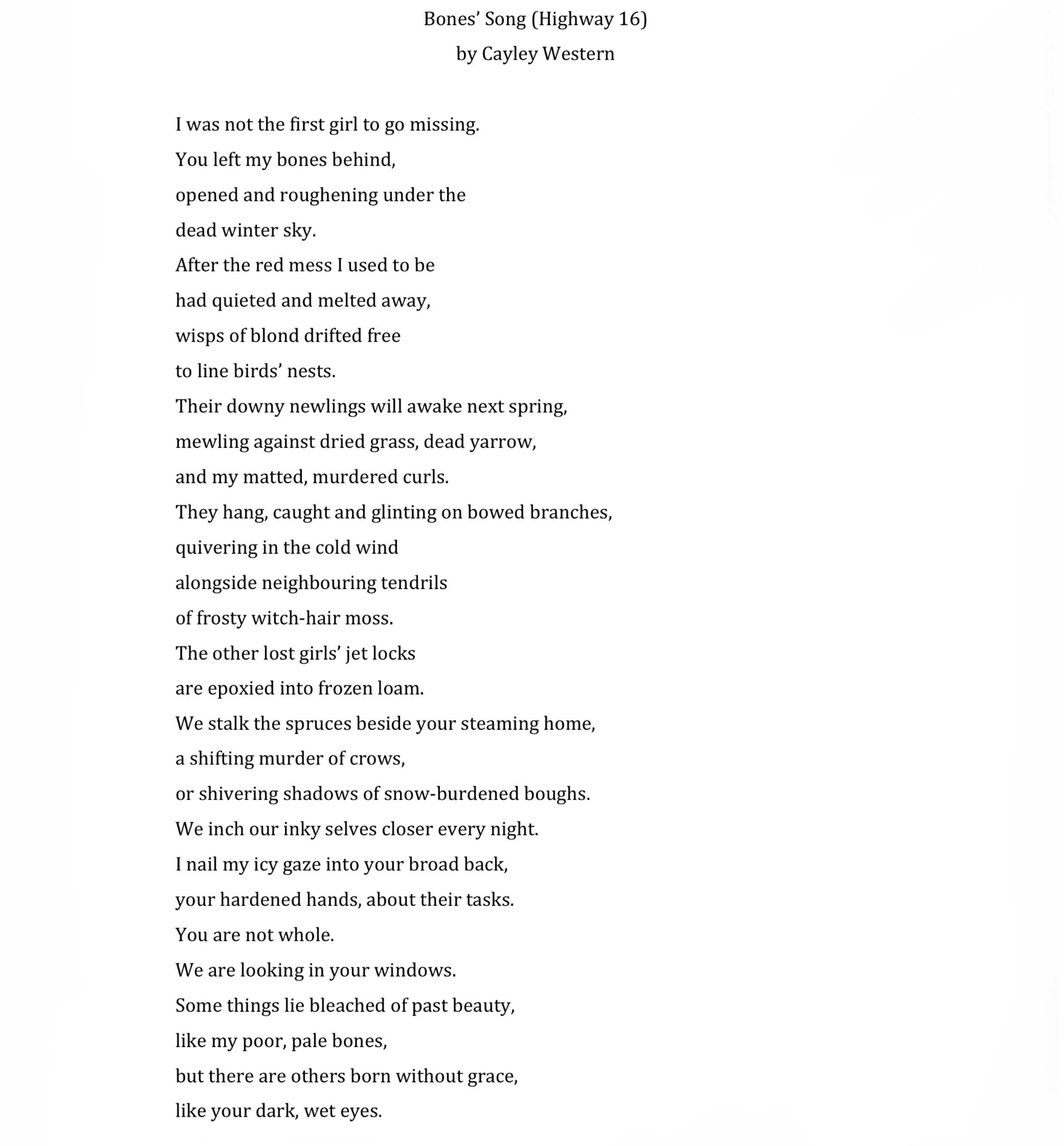 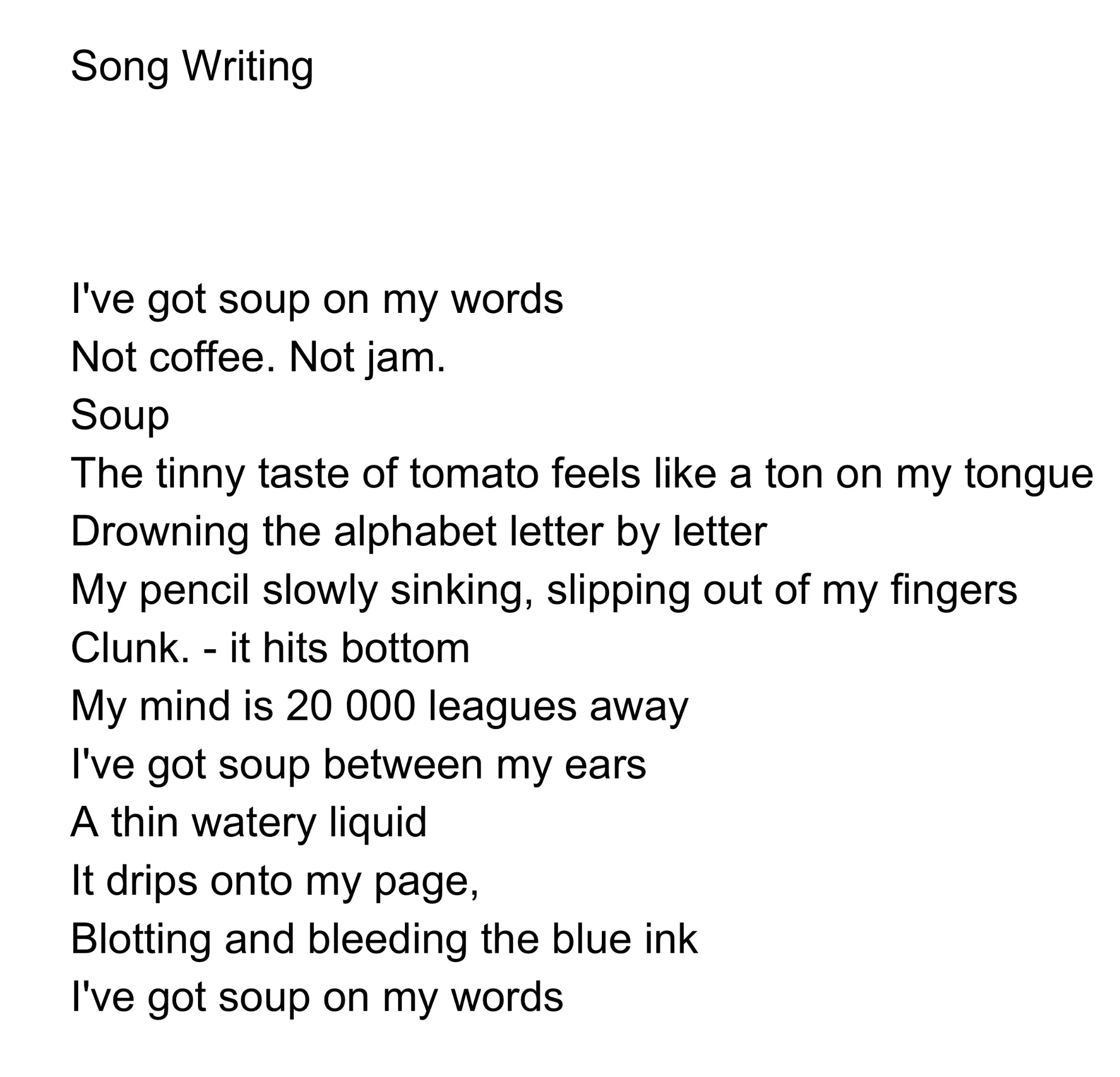 2nd: "The Peculiar Perfumeries of Childhood" by Shruti Buddhavarapu 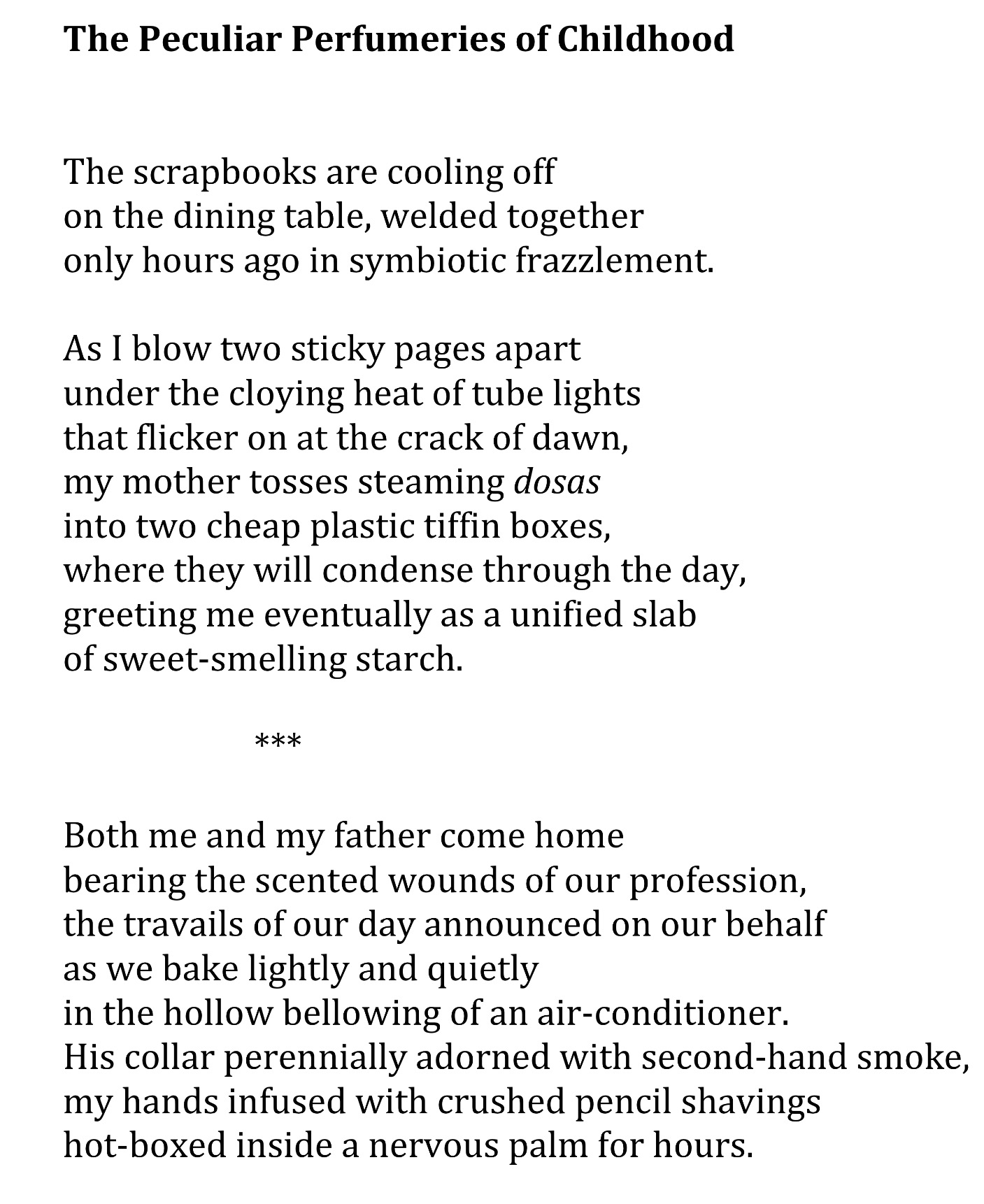 This was an impressively distinct poem, with word combinations and images that filled the reader's mind with a world of bluesy rivers and landscapes. It captures a style, setting, vernacular and rhythm so well that you can almost hear the likes of Robert Johnson or Lead Belly playing along side its words. "Blue River" is a fully realized, cleverly constructed and extremely fun poem which we are proud to call the grand prize winner of The Ubyssey's poetry competition. 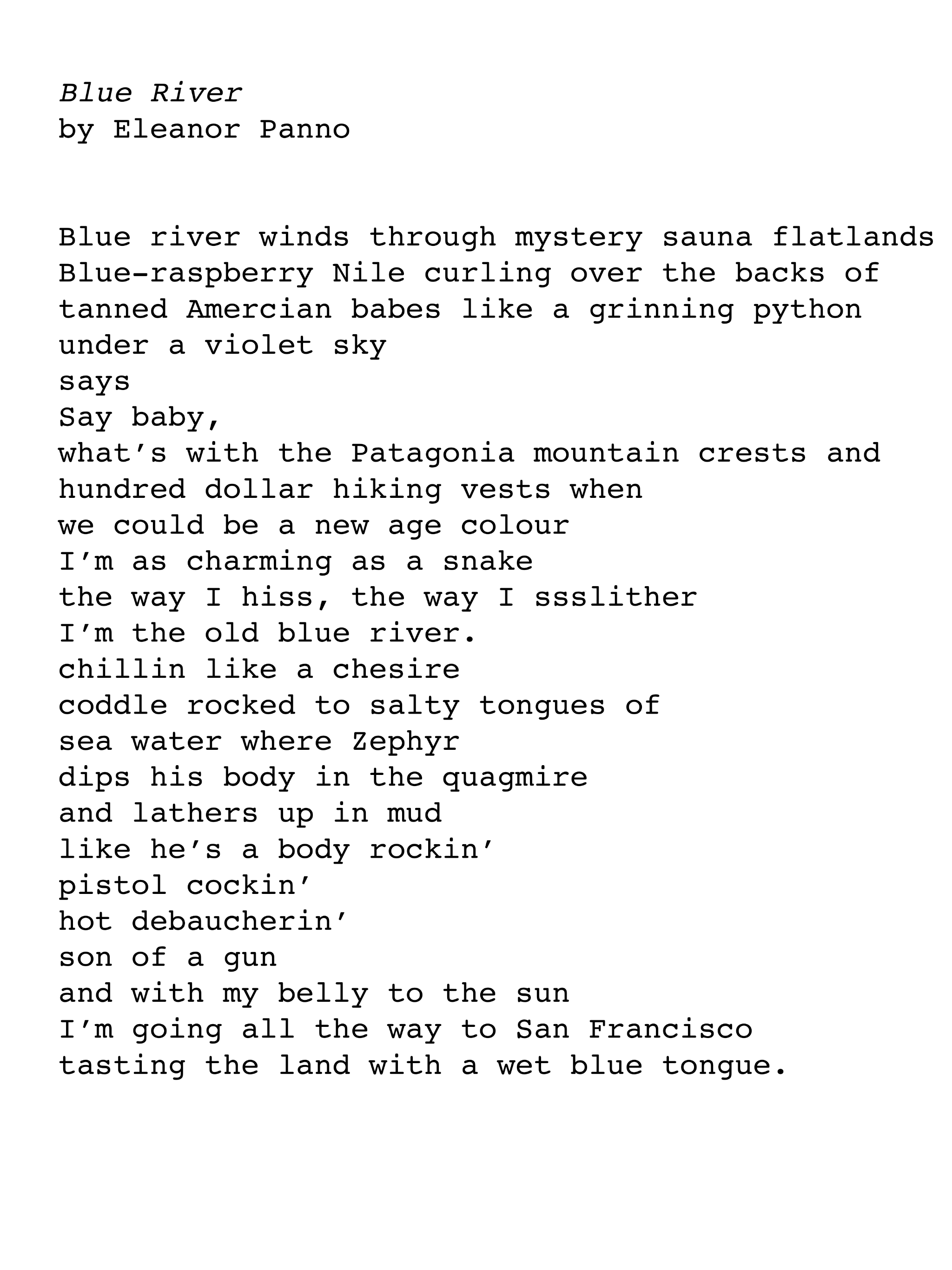 Congratulations to the winners and thank you to all those who submitted for your wonderful works of poetry.

If you missed this round but still want to enter or want to come back for another go with more awesome work, The Ubyssey will be launching its next poetry contest in the coming week. So keep your eyes out for that and thank you again! Look for Eleanor's poem "Blue River" in our next print issue.